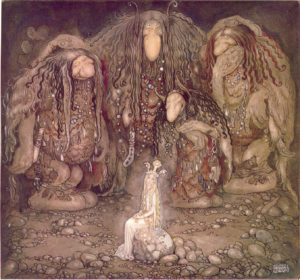 See my previous post on Adventist trolls on internet forums here. This is trolling I observed.

Someone posted an really good article with the title “The Ten Commandments Contain Cultic as Well as Universal Features!”

For example, the introduction to the Ten Commandments is prefaced by a cultic feature: “I am the Lord your God, who brought you out of Egypt, out of the land of slavery” (Exod. 20:2). We may apply these words to ourselves in a spiritual sense, since Christ’s resurrection is the great exodus of the New Testament age. But when we take that liberty with the letter of the law, are we not employing the principle of reinterpretation? And if we reinterpret one part of the law, might it not be possible (in fact, necessary) to reinterpret other parts of the Law?

First response is from the troll (same troll as previously):

Troll: What a joke

Christian: People keep telling me that I am lawless because I don’t keep the law given to the people of Israel. I am a Gentile. I don’t have the law. (See Romans 2:14) Not only am I a Gentile, I am a Christian. So, as the result of my salvation given to me by Jesus, I keep His commandments. …

A very clear explanation follows as to why the law Christians are under is not the same as the Old Testament legal code. 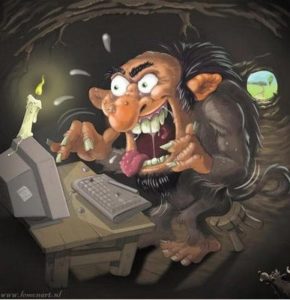 Troll:
Okay go and commit adultery if your not under the Law.
Salvation is a individual thing.
Don’t care if you don’t keep Gods laws.

This was a shorter trolling event, mainly because it was in a different group not dominated by Adventist admins.

I’ll close with a comment I made elsewhere on the same forum, where the problem of dishonest trolls was being discussed:

Adventists are strange things indeed. Experts in deceit. Experts at trolling. Experts at saying the same misconceptions over and over without listening to explanations as to why they are wrong. E.g. why we should all go and commit adultery and murder if we consider the sabbath obsolete. As if repeating the same silly argument will make people change their minds. Intelligent discussion with them is rare, and mostly impossible. I’ve never, never come across a religion with so much dishonesty in it, and with so much dishonesty displayed by its followers.