The Bible says that certain animals are not clean, and may not be eaten. Many Christians innocently avoid food containing meat from these animals. Some denominations, like Adventism, make it part of their doctrine that these are unclean and should not be eaten.

What is the context in the Bible, and does it apply to Christians? 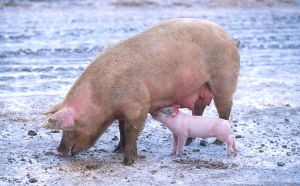 Sacrifices to God consisted of ritually clean animals, such as cattle. Yet these sacrifices were only a foreshadowing of Jesus’ sacrifice on the cross. They could not take away sin. Christians no longer offer animal sacrifices to God. Therefore the sacrificial aspect of clean and unclean animals is not longer relevant.

Hebrews 10:1-4 (KJV) – For the law having a shadow of good things to come, and not the very image of the things, can never with those sacrifices which they offered year by year continually make the comers thereunto perfect. For then would they not have ceased to be offered? because that the worshippers once purged should have had no more conscience of sins. But in those sacrifices there is a remembrance again made of sins every year. For it is not possible that the blood of bulls and of goats should take away sins.

Leviticus 20:23-26 (KJV) – And ye shall not walk in the manners of the nation, which I cast out before you: for they committed all these things, and therefore I abhorred them. But I have said unto you, Ye shall inherit their land, and I will give it unto you to possess it, a land that floweth with milk and honey: I am the LORD your God, which have separated you from other people. Ye shall therefore put difference between clean beasts and unclean, and between unclean fowls and clean: and ye shall not make your souls abominable by beast, or by fowl, or by any manner of living thing that creepeth on the ground, which I have separated from you as unclean. And ye shall be holy unto me: for I the LORD am holy, and have severed you from other people, that ye should be mine.

God separated Israel from other people … therefore they were to differentiate between clean and unclean animals. Israel was God’s chosen people – that’s why they sacrificed clean animals to him.

But now? We no longer sacrifice animals, and Israel’s time as God’s chosen people is over. The Gospel has gone out to the entire world, and the distinction between Israel and Gentiles has ended.

Romans 10:12 (KJV) – For there is no difference between the Jew and the Greek: for the same Lord over all is rich unto all that call upon him.

Colossians 3:11 (KJV) – Where there is neither Greek nor Jew, circumcision nor uncircumcision, Barbarian, Scythian, bond nor free: but Christ is all, and in all. 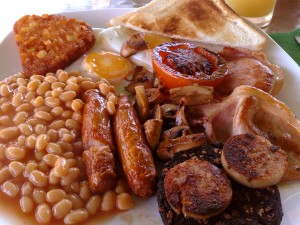 God no longer distinguishes between Israel and the rest of the world. His kingdom is open to all.

So should we continue to perpetuate a distinction created for a purpose God has abolished?

Christians today who think it’s biblical to differentiate between clean and unclean animals are, at least unknowingly, denying God’s revelation that God’s kingdom is open to all. They’re continuing to create a distinction between Jew and Gentile that the Bible says no longer exists.

This wasn’t obvious to all from the start – the Apostles needed to bring together everything Jesus had taught into one whole teaching. Jesus himself said that the Holy Spirit would continue leading them to a fuller truth (John 16:13). So when Peter didn’t fully understand that Jew and Gentile were no longer to be separate, God gave him a vision.

Acts 10:9-16 (KJV) – On the morrow, as they went on their journey, and drew nigh unto the city, Peter went up upon the housetop to pray about the sixth hour: And he became very hungry, and would have eaten: but while they made ready, he fell into a trance, And saw heaven opened, and a certain vessel descending unto him, as it had been a great sheet knit at the four corners, and let down to the earth: Wherein were all manner of fourfooted beasts of the earth, and wild beasts, and creeping things, and fowls of the air. And there came a voice to him, Rise, Peter; kill, and eat. But Peter said, Not so, Lord; for I have never eaten any thing that is common or unclean. And the voice spake unto him again the second time, What God hath cleansed, that call not thou common. This was done thrice: and the vessel was received up again into heaven. 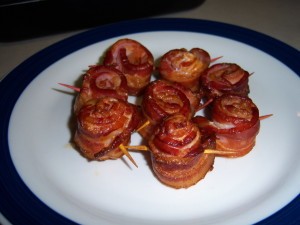 Why on earth would he do and say that if the animals were to continue being considered unclean?

In the next post, we’ll look at what Jesus and Paul said about what we eat.

In the mean time, take this quiz – Bible Quiz: Are unclean meats still unclean for Christians?