The 23 Rites / Churches sui iuris of the Catholic Church

Unofficial Home Page of The One Holy Catholic and Apostolic Church … nestorian.org

Common Declaration of Pope Benedict XVI and Patriarch Bartholomew I

Ellen White, Adventist prophetess, on the deification of man … by Stephen Korsman

Original sin and the Orthodox … by Stephen Korsman

Introduction to the Eastern Rites of the Catholic Church … by Fr. Hal Stockert

Many Cultures, One Faith … by Mike Mastromatteo [Knights of Columbus] 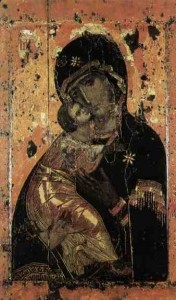 Mother of God of Vladimir, a 12th century icon

In Union With Rome – Byzantine Catholic

The Maronite Monks of Adoration

The Byzantine Catholic Church in America

Greek Orthodox Patriarchate of Alexandria and All Africa

The Greek Orthodox Archbishopric of Zimbabwe

Western Diocese of the Armenian Church

Assyrian Church of the East

Dialogue with ancient Churches of the East … EWTN

East of the Euphrates: Early Christianity in Asia … by T.V. Philip [Text via IA here] … [PDF here and via IA here]