4. What is the New Covenant’s legal code? 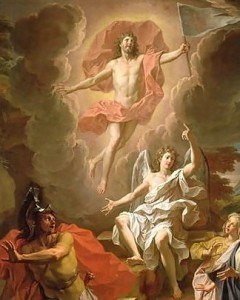 Hebrews 8:6-10 (KJV): But now hath he obtained a more excellent ministry, by how much also he is the mediator of a better covenant, which was established upon better promises.  For if that first covenant had been faultless, then should no place have been sought for the second.  For finding fault with them, he saith, Behold, the days come, saith the Lord, when I will make a new covenant with the house of Israel and with the house of Judah:  Not according to the covenant that I made with their fathers in the day when I took them by the hand to lead them out of the land of Egypt; because they continued not in my covenant, and I regarded them not, saith the Lord.  For this is the covenant that I will make with the house of Israel after those days, saith the Lord; I will put my laws into their mind, and write them in their hearts: and I will be to them a God, and they shall be to me a people

Hebrews 8:13 (KJV): In that he saith, A new covenant, he hath made the first old. Now that which decayeth and waxeth old is ready to vanish away.

Hebrews 12:24 (KJV): And to Jesus the mediator of the new covenant, and to the blood of sprinkling, that speaketh better things than that of Abel.

Hebrews 1:1-2 (KJV): God, who at sundry times and in divers manners spake in time past unto the fathers by the prophets,  2 Hath in these last days spoken unto us by his Son, whom he hath appointed heir of all things, by whom also he made the worlds

Luke 22:20 (KJV): Likewise also the cup after supper, saying, This cup is the new testament in my blood, which is shed for you. 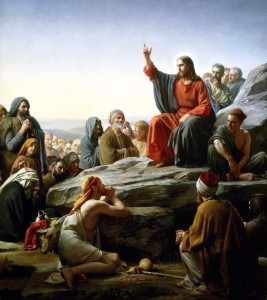 The Sermon on the Mount

Matt 5:27-28 (KJV): Ye have heard that it was said by them of old time, Thou shalt not commit adultery:  But I say unto you, That whosoever looketh on a woman to lust after her hath committed adultery with her already in his heart.

The Old Covenant has been set aside and replaced – the 10 Commandments are no longer a binding legal code for Christians.

5. St Paul says the 10 Commandments are a “ministration of death”

Throughout his epistles, St Paul speaks about how we are saved without the works of the law.

Romans 3:28 (KJV): Therefore we conclude that a man is justified by faith without the deeds of the law.

In Romans 7:7, St Paul includes the moral law “Thou shalt not covet” in this law.

Romans 7:5-7 (KJV): For when we were in the flesh, the motions of sins, which were by the law, did work in our members to bring forth fruit unto death.  But now we are delivered from the law, that being dead wherein we were held; that we should serve in newness of spirit, and not in the oldness of the letter.  What shall we say then? Is the law sin? God forbid. Nay, I had not known sin, but by the law: for I had not known lust, except the law had said, Thou shalt not covet.

James 2:8,12 (KJV): If ye fulfil the royal law according to the scripture, Thou shalt love thy neighbour as thyself, ye do well. … So speak ye, and so do, as they that shall be judged by the law of liberty. 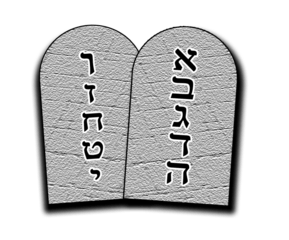 Further evidence that 2 Corinthians 3 indeed refers to the 10 Commandments is the fact that “the children of Israel could not stedfastly behold the face of Moses for the glory of his countenance” refers to Exodus 34:35, immediately after God gave Moses the 10 Commandments.

Exodus 34:29-30,35 (KJV): And it came to pass, when Moses came down from mount Sinai with the two tables of testimony in Moses’ hand, when he came down from the mount, that Moses wist not that the skin of his face shone while he talked with him.  And when Aaron and all the children of Israel saw Moses, behold, the skin of his face shone; and they were afraid to come nigh him. … And the children of Israel saw the face of Moses, that the skin of Moses’ face shone: and Moses put the vail upon his face again, until he went in to speak with him.

Even the Adventist paraphrased version of the Bible, the Clear Word, acknowledges plainly that this text refers to the 10 Commandments.

Clear Word, 2 Cor 3:7-8: At Sinai God wrote the law on tables of stone.  The giving of the commandments was accompanied by such glory that when Moses came down from the mountain, the Israelites couldn’t even look at him.  But that glory had to pass away.  When you think of the Holy Spirit writing the law on people’s hearts, isn’t that more glorious than God writing His law on tables of stone?