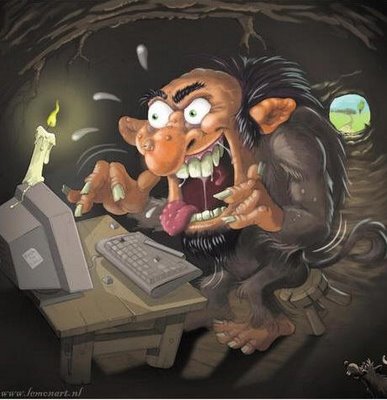 Out there on the interweb, there are trolls. Many of them. Occasionally I like to feed them. I’d feed them pork, but they’re Adventist, so one of the few rules they have is to not eat pork. (They only have 10 rules, which are to keep the sabbath on Saturday and to not eat pork.  Abortion and dishonesty are permitted)

The first rule of troll feeding is to know that you will not win an argument or debate. Arguments and debates are things you have with people willing to respond with intelligent answers. Not with trolls. But that doesn’t mean don’t feed them. Feeding them gives you examples of trolling to share with friends and neighbours, or in a blog post.  And a follow-up blog post.

Adventist trolls are interesting. They have all sorts of forums on the interweb where they hope to attract Catholics (and other Christians, but especially Catholics) and frustrate them. And they usually run them, and they set the rules.  Not all Adventists are trolls, but Adventist trolls end up showing how many Adventists think about the rest of Christianity (whom their prophetess said all pray to Satan instead of God). Non-troll Adventists look at the Bible with special lenses that filter out anything contrary to their prophetess Ellen White and their core belief, the sabbath. Present them with evidence, and they shut their eyes and think about something else. I’ve seen this with years of discussing the Bible with Adventists. It just stands out more strongly when they are trolls. So, when reading the trolling in this post, realise that getting through to the non-trolls can be just as tough.

Note to non-Catholics reading this – please try to understand our perspective, even if you disagree on the doctrinal issue being trolled. I’m sure you can identify with trolls.

A troll posted the following:

Catholics who is your mother advocate?
The Bible says There is only one advocate.

The troll’s strategy: trap a Catholic who admits that the term “advocate” can apply to Mary, and then proclaim that our only true Advocate is Jesus.

A queen, who says she is a queen or is it your opinion? 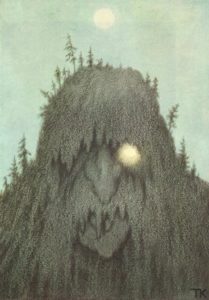 The troll’s strategy: ignore the evidence provided. Try to trap the Catholic.

Catholic reply: A further explanation of how the queen of Israel was the king’s mother, and a link to a book on the topic.

God is not Married to Mary.

Catholic: flabbergasted at the stupidity of the reply.

Further response from the troll: nothing. He moves on, his job done, his ego stroked, his tummy full.

Elsewhere in the same thread, the honesty of Adventists in the forum is discussed:

Catholic (me): Adventists here are constantly bearing false witness against Catholics and the Catholic Church. It’s a joke.

stay on the op

So I decided to play his game back at him. And he didn’t like it at all.

Troll: Who is your mother advocate?

Me: Who is yours?

Troll: Christ is my advocate

Troll: Now who is your mother advocate?

The troll’s strategy: the troll wants us to declare Mary our advocate. In his mind, he’s referring to the one primary advocate – Jesus. So I gave him that answer. And then played his silly word game.

Me: Christ is our advocate.

Troll: And who’s is your mother advocate?

Me: My mother’s advocate is Christ too.

Me: Who is your sister advocate? And your cat advocate?
Me: SMH

The troll’s strategy: He didn’t like that one bit. His own game was turned on him. So, as he is an admin of the forum, I was blocked for three days as punishment. Ego fixed, tummy full.

The term “advocate” simply means someone who intervenes on behalf of someone else. Jesus Christ is our only mediator between man and God – only he can be that because only he is both Man and God. In that unique sense, Jesus Christ is our only mediator, only advocate, only intercessor. Only he can bridge the gap. But we can all intercede for each other. Which means we can all be advocates for each other. And sometimes the word “mediator” gets used as another synonym there. It’s just important to realise the difference – Jesus Christ, and ONLY Jesus Christ, is the primary mediator / intercessor / advocate. We can participate in that, but in a secondary sense. See the following images showing direction of the flow of intercession.

First, the primary role that ONLY Jesus Christ performs:

Second, how we (and Mary and the saints) also act as intercessors / advocates:

Further information on the queenship of Mary and Jesus’ sole mediatorship: