The Prophecies of Daniel – Introduction

The Prophecies of Daniel – Daniel 7

The Prophecies of Daniel – Daniel 8

Here we continue looking at the prophecies of Daniel.

The interpretation of Daniel 8 (in verses 20-25) starts off clearly.

The ram is the Medo-Persian empire, with the two horns being the kings of Media (first) and Persia (second).
The goat is the king of Greece, and the horn between its eyes was the first king. This was Alexander the Great.

From there we are left to interpret more on our own. But history shows us how the Greek empire split up into four.

The four horns that replaced the great horn were the four generals of Alexander:

At this point we should note that only two of these, the Seleucid and Ptolemaic empires, had any control over Israel and God’s people.

Out of one of these horns came a little horn. The originating horn must be either the Seleucid empire or the Ptolemaic empire, and of the two, only one had a line of kings who claimed divinity and culminated in one who polluted the temple, sacrificing pigs there, and who stopped the daily sacrifices – Antiochus Epiphanes.

You can read more about the Seleucid king lineage that culminated in Antiochus Epiphanes in the next post on Daniel chapter 7.

The supposed duration of 2300 days is due to a mistranslation in the King James Version (KJV) of the Bible. The word “day” isn’t found in the text, but is summarised as “days” in the KJV from the actual wording, “mornings evenings“.

Daniel 8:14 – And he said unto me, Unto two thousand and three hundred days; then shall the sanctuary be cleansed. 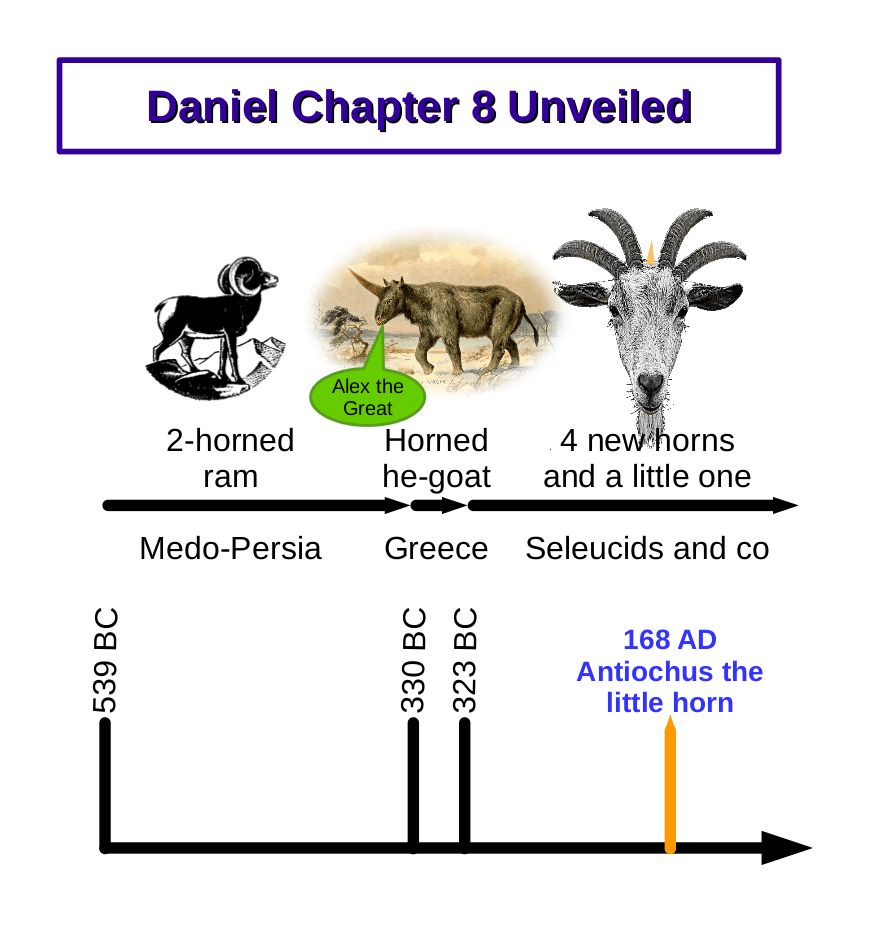 Characteristics of the little horn in Daniel 8 that match Antiochus Epiphanes: 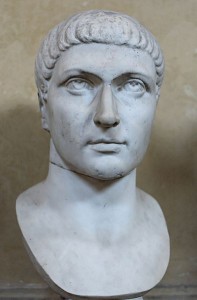