The Prophecies of Daniel – Daniel 2

Here we continue, again, to look at the prophecies of Daniel.

The Greek empire and why it differs from the Seleucid empire

Many people consider the final kingdom of Daniel 2 to be Rome. That is possible, but only if the timeline of Daniel 2 is different to that of Daniel 7-9. As I’ve shown in the previous posts, Daniel 7 ends with the ascension of Christ into heaven. It is true that at that time, Rome ruled Judaea, but Rome’s persecution of Jews and Christians was not yet apparent, and would become so later, and be depicted, perhaps, in Revelation. I believe Daniel’s prophecies form a compound description / prophecy of a single timeline, which ends prior to the Rock, Christ in his first appearance on earth. The Rock destroys the hold that the kingdoms of man have over Israel, and ushers in the kingdom of God in its infancy.

One can argue that it was during the rule of Rome that Christ came, and therefore the final kingdom must be Rome. One can also argue that the final kingdom started winding down with the abomination of desolation, after which came Christ, after whom came Roman persecution that is covered in another set of apocalyptic writing – Revelation. 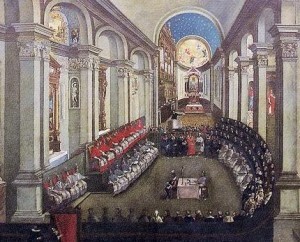 Taylor Marshall has a blog post about his views here. He conflates the Greek and Seleucid empires, and the Roman empire he has as the final one, struck by the rock. The rock, however, he links to Peter, Kephas, the person named rock by Christ (just as Abraham is in Isaiah 51), the prime minister, in a way, left in charge by Christ when he returned to heaven. It’s a possibility, but I find it to be a bit of a stretch, unless only as a secondary interpretation.

I think one can hold either view – Rome or Seleucids – but if there are 4 kingdoms in Daniel 7 and four in Daniel 2, and Daniel is internally consistent with a single timeline, then for me, the fourth kingdom must be the Seleucids, with the persecution by Antiochus Epiphanes. For me, there are several inconsistencies with the Rome theory, and none with the Seleucid theory.

The two views fit nicely, though, in this way:

When I get to the next series of posts on prophecy, I’ll deal with Revelation. If the 4th beast in Daniel 7 is Rome, it will correlate with one of the beast in Revelation.