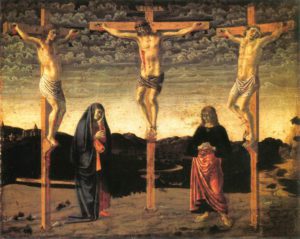 Various Christian groups have objected that the traditional Friday-to-Sunday timing is wrong. In particular, the offshoots of Herbert Armstrong’s Worldwide Church of God have tried to argue this point, mostly because they worship on Saturdays instead of Sundays, and if Jesus didn’t rise from the dead on a Sunday, then Sunday observance is pointless. Their arguments are lengthy, but they can be refuted with a few simple explanations.

It is important to note here that in the Bible, days begin at sunset. This is most relevant here in the crucifixion narratives, which show the sabbath about to begin as sunset approached on the day Jesus died.

The key verse in the crucifixion/resurrection timing debate is this:

Objections to the Friday/Sunday timeline

Objection 3. Further, Jesus was typified by the wave sheaf offering, which took place on the day after the weekly sabbath during Passover week. This is not when Jesus rose from the dead, for he had risen from the dead 12 hours previously at the end of the weekly sabbath, but rather when he came out of the tomb.

Objection 4. Further, the above objections are confirmed by the two distinct rest periods when the women rested between buying and preparing spices and going to the tomb to anoint Jesus’ body. The women had no time to purchase spices on Wednesday between Jesus’ burial and sunset. They rested on the sabbath that was Passover day on Thursday, and then on Friday they purchased (Mark 16:1) and prepared the spices (Luke 23:56). Then they rested on the weekly sabbath (Luke 23:56), and went to the tomb early on Sunday morning (Luke 24:1, Mark 16:2). 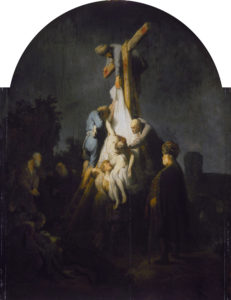 The descent from the cross, by Rembrandt

I answer that Jesus died on the day of preparation (John 19:31,42), which was a name for the day before the weekly sabbath. The weekly sabbath was Saturday, and so Jesus died on Friday. Furthermore, Jesus rose on the third day, counting inclusively, at the same time the wave sheaf offering was performed, on the morning after Passover day (Lev 23:11). 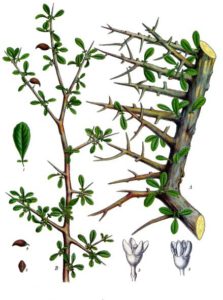 Therefore, following the way the authors of the Bible counted of three or four days, we can be certain that if Jesus rose on Sunday, then he had to have been crucified on Friday. “Three days and three nights” is an idiomatic expression that emphasises three days, but not the number of hours involved. Esther 4:16-5:1 confirms this.

The “preparation” day meant only the day before the weekly sabbath, not some preparation day for the Passover not called this in the Bible. The Greek word on the New Testament is “παρασκευή“. The word is used six times in the New Testament, all referring to the day Jesus was crucified, and it is defined in Mark 15:42 as “the day before the sabbath“. By the time of the New Testament, “sabbath” specifically referred to the 7th day of the week. In the Greek of the time, the term παρασκευή had become, for the Jews, a synonym for the day before the weekly sabbath. No textual evidence to the contrary exists. The Didache, a Christian document written between 70 and 120 AD, confirms that παρασκευή is a day of the week used for fasting. The longer (and more recent) version of St Ignatius of Antioch’s letter to the Trallians (dating to about 300 AD) refers to three consecutive days – preparation, the sabbath, and the first day – as being the days on which Jesus died, rested, and rose. 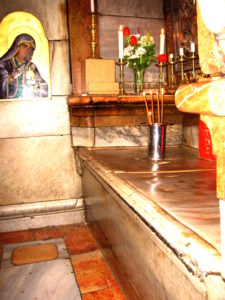 The wave sheaf offering after Passover represented Jesus’ rising from the dead, and instruction is given in Lev 23:11. In keeping with the usage of the word at the time Leviticus was written, “sabbath” could refer to the weekly sabbath or to Passover in this verse. However, we know it took place on the day after Passover, on 16 Nisan, whichever day of the week it occurred. The first century AD historian Josephus confirms that this was the Jewish interpretation of Lev 23:11, which states that the wave sheaf offering is to take place after the sabbath day, i.e. after Passover day (Josephus, Antiquities 3.250–251), as does the Targum of Jonathan from the previous century (Targum of Jonathan, XXXI). Since 16 Nisan was therefore Sunday, 15 Nisan was on the weekly sabbath, and therefore Passover and the weekly sabbath were on the same day that year.

Furthermore, the argument that Jesus rose from the dead at the end of the sabbath but didn’t exit the tomb until the next morning requires that, if a 72 hour period is used, Jesus spent about 12 hours more than 72 hours in the tomb, even though he was only dead for 72 of those hours. This would be in conflict with Matt 12:40, the verse being interpreted by the objectors as being a literal time period.

There are no two distinct rest periods for these women any more than there are two distinct sabbaths that week. Luke 23:56 states clearly that the women prepared the spices on the same day Jesus died, and then rested on the sabbath. The verse immediately following, Luke 24:1, shows that on the first day of the week they took these prepared spices to the tomb. There is no indication that there is an entire unmentioned day between Luke 23:55 and Luke 23:56; in fact the text prevents this interpretation. Mark 16:1 causes confusion for the objectors, but it can be clarified by looking at the tenses. The objectors split Mark 16:1 and Mark 16:2 into two events taking place on two separate days (Friday and Sunday) with an unmentioned day in between. This is not the case. The purchasing (ηγορασαν) is an act that took place in the past. When the sabbath was past, the women had already bought the spices. This was not a case of the women buying the spices once the sabbath had ended – it was a case of the sabbath ending with the spices already bought (prepared, in fact, the day Jesus died, as per Luke 23:56.) They didn’t venture out at night, and so the next verse, Mark 16:2, follows immediately without a day between verses 1 and 2. The women arrived at the tomb, spices already bought and prepared.

Further reading in this series: