The Apostle John, in John 6:4, explains it to his readers:

Language like that would not make sense in a community of Passover observers, especially a Passover that resembled the Jewish one. That doesn’t sound at all like he, his readers, or his community kept it.

Christians, as I have shown, properly celebrate Sunday, as a little Easter every week, and an annual Easter every year. Very early on in the Christian world, however, two different customs developed.

Custom 2 – Jesus died on 14 Nisan at the time of the Passover lambs, so some Christians celebrated Jesus’ death on 14 Nisan and his resurrection on 16 Nisan, the third day. They too called it Pascha. Because it used 14 Nisan to find its date, it was called Quartodecimanism.

For a while, these two customs lived in harmony, to some extent. 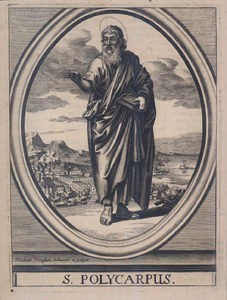 Around 160 AD, St Polycarp, one of the Apostle John’s disciples, and one who followed Quartodecimanism, met with St Anicetus, bishop of Rome, who didn’t, and discussed their different practices. They departed unable to convince each other to change, but happy to keep their respective practices and respect each other’s. Nobody claimed back then that the Jewish calendar was important – they respected each other’s legitimate practices. (Much like modern Catholics, who celebrate Pascha at different times – most with the Western date, but some, with the go-ahead from Rome, with the Orthodox. In fact, all of Israeli Catholics – Latin rite and Eastern rite – celebrate Pascha on the Orthodox date from 2015.) Eventually the Quartodeciman controversy unfortunately became less civil, and the minority Quartodeciman practice died out.

Why keep the Passover of the Jews when the Pascha of the Christians is so much better? The Jewish Passover prepared us for Christ, and ended with him, as did the sabbath and the rest of the Mosaic law.

Is Easter Pagan?
Is Easter Christian? A reply to Samuele Bacchiocchi
Why Sunday is an improvement on the sabbath