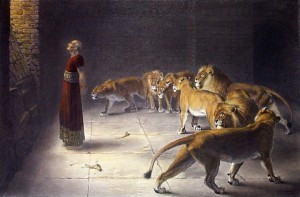 I was recently asked about my blog post titled Did the papacy really uproot the 3 horns of Daniel 7:8,24. I was told that I was being unreasonable in not providing an alternative theory for Daniel’s prophecies. If I wanted to refute Adventism’s interpretation of Daniel, I needed to provide an alternative theory in addition to showing why Adventism was wrong.

That is not the case. It is quite reasonable to say that one can disprove a theory without needing to supply a complete replacement for it.

The person telling me this said that, for instance, if we thought we could provide evidence that someone other than the Apostle John wrote Revelation, we would also need to provide an alternative author.

Let’s use an analogy much like the analogy of Revelation being written by the Apostle John.

The Didache is a first century Christian writing. Nobody knows who wrote it. But we know the approximate date.

Let’s say that an Adventist comes along and claims that Ellen White wrote it.

All we need to do to show that this Adventist’s claim is false is to show that the document existed prior to the birth of Ellen White. We do not need to prove who the author was. The evidence that Ellen White didn’t write it is more than sufficient without providing an alternative author.

Likewise, all we need to do to disprove the Adventist interpretation of Daniel is to show that it is not compatible with the history Adventists claim for it. If the Adventist claim doesn’t fit actual history, then the claim is false, whether or not any other explanation is available.