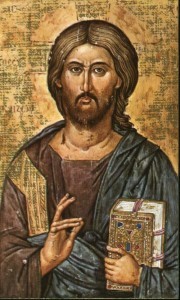 Now that my old website and blog have moved over to the WordPress setup, I want to keep adding content.

This blog is not the sort that will attract a lot of attention.  It doesn’t get huge amounts of traffic.  It’s aimed at Catholic/Adventist interaction, which is not a big topic.  There are hundreds of Catholic blogs out there dealing with general Catholicism, and far better ones dealing with general apologetics.  Most Catholics don’t need this blog; most people interested in Catholicism would do better with general apologetics blogs.  Unless they’re Adventist, and even then there are two other good sources of Catholic/Adventist discussion – Seventh-day Adventist to Roman Catholic and It’s Okay NOT to be a Seventh-day Adventist, both by converts from Adventism to Catholicism – which I am not.

I don’t want to become a general Catholic blog, or go into (too much) general apologetics.  From time to time I will discuss general Catholic topics, as the need, and my inclination, arises.  I want my main audience to be a) Catholics who need a defence of their faith specifically from Adventist arguments against Catholicism, and b) Adventists seriously interested in understanding Catholicism and why we don’t accept their arguments as sound.

I have a few ideas I’m working on for future topics.  For the few visitors I get, please mention what you think I could write posts on.  Thanks.

Note: I do not do formal debates.  Discussions along the lines of Dave Armstrong’s style would be based on e-mail discussions, and possibly comment threads.