The Adventist position on abortion has been revised, and in a good direction. How this will play out in the long term is not yet known. They have taken down their previous guidelines.

This page outlines the problem and provides what I think are the best resources on the interweb regarding the problem of abortion in the Seventh-day Adventist church.

Adventism’s official teaching on abortion is not pro-life. It permits abortion under any circumstances, without judgement. It acknowledges that it is a serious matter, but issues no definitive teaching that it is morally wrong. Adventism is willing to serve as the conscience for Christians when it comes to smoking and diet, but it refrains from doing so regarding abortion.

At least in North America, Adventist hospitals are significantly the major abortion providers amongst all Christian healthcare institutions. Most of Christianity will not permit abortions, yet Adventist healthcare permits and performs abortions for any reason throughout the entire duration of pregnancy.

That is less true for the rest of the world, where abortion legislation is far more conservative than in North America. Culturally, South America and Africa are less likely to support abortion, and that in turn determines the type of legislation in effect, and the degree to which hospitals – Adventist or otherwise – can engage in performing abortions.

What is striking is that the Adventist church profits from the abortions performed in its healthcare institutions, and in fact La Sierra University has honoured America’s most prolific abortionist, Seventh-day Adventist Edward Allred, who claims to have aborted “hundreds of thousands of fetuses” – see the ADVindicate article for the credibility of this number.

Guides to Adventism and abortion 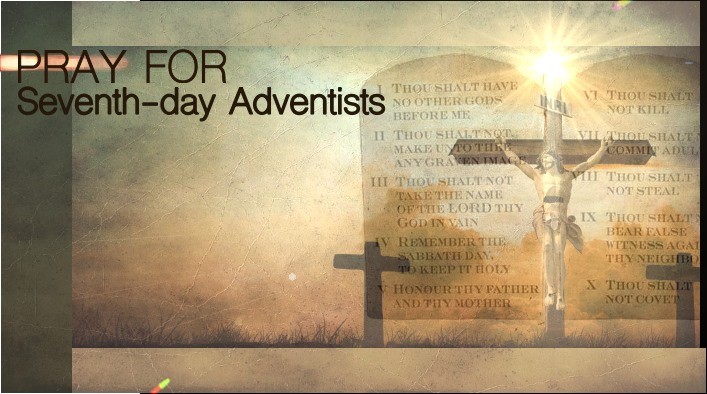 What I Learned About Abortion & my SDA Church, by Nic Samojluk (2012)

Adventist Church Opposes Death Penalty of Convicted Criminals, but Allows it for the Unborn?, by Nic Samojluk (2018)

Someone has done significant research into abortion in Adventist hospitals in the 1990s.  Correspondence and documentation below.

Inspirational quote of the day

Population control is too important to be stopped by some right wing pro-life types. Take the new influx of Hispanic immigrants. Their lack of respect for democracy and social order is frightening. I hope I can do something to stem that tide; I’d set up a clinic in Mexico for free if I could … When a sullen black woman of 17 or 18 can decide to have a baby and get welfare and food stamps and become a burden to all of us, it’s time to stop. In parts of South Los Angeles, having babies for welfare is the only industry these people have.
– Edward Allred, Adventist abortionist and donor, on race and abortion, “Doctor’s Abortion Business Is Lucrative”, San Diego Union, 12 October 1980, at B-1, col. 1., via Live Action

Blood Money in the Treasury, by Nic Samojluk (2016)

Finally, instead of tithing to the Adventist church, send your tithes to a prolife organisation.