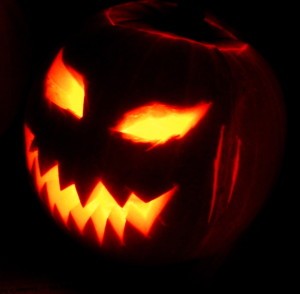 No, Halloween is NOT a pagan holiday adopted by Catholics and passed on to Protestants.  That’s a myth perpetuated by anti-Catholics and those who, contrary to the Bible, fear what has been offered to pagan gods.

It began as a Christian celebration of all the saints of the Church who didn’t have their own feast days.

In the 300s AD, Christians honoured those martyred by the Roman Emperors on 13 May, or the Friday after Easter, or the first Sunday after Pentecost.

When Pope Boniface IV rededicated the pagan Pantheon (the building) to St Mary and All the Martyrs on 13 May 609 AD, he probably did so on that date because that is when a large portion of Christians honoured the martyrs.

In the 8th century, Pope Gregory III established 1 November as a day of honouring martyrs in Rome when he dedicated the All Saints Chapel in St Peter’s Basilica in Rome.

Later the Roman date became universal, under Pope Gregory IV, and came to include saints who were not martyrs.  And then a 2nd day was added for those not explicitly named as saints – All Souls Day.

Like all the important feasts of the Church, the celebration of the feast began the night before.  Easter – we have the Easter Vigil.  Christmas, we have the Christmas Vigil, before Midnight Mass.  We have the Vigil of the Assumption, the Vigil of Saints Simon and Jude, etc.  The Anglicans, Lutherans, and Methodists also have vigil services.

So, All Saints on 1 November makes the vigil in the evening of 31 October.  And already, by connecting historical facts, we find 31 October as a vigil for All Saints without having to resort to the common misconception that it was a pagan celebration that Christians took over. 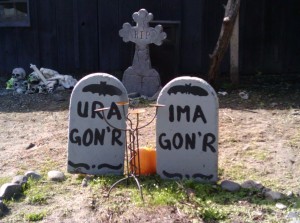 Dressing up?  This came from a French custom unrelated to Halloween, but linked to All Souls Day.  Eventually it was linked to Halloween in the 1700s in North America, when French culture and Irish culture mixed.  The Irish, but not the French, celebrated Halloween.  So add the French dressing up for 2 November, with the Irish celebrating their vigil on 31 October, and you get an American custom of dressing up for Halloween.  In South Africa, where we have 11 official languages, we’d call it a “rainbow” custom, a fusion of aspects of two cultures.  Religious in origin, mostly secular in practice these days.

And so, like Adventism, Jehovah’s Witnessism, and Mormonism, the American custom spread to the rest of the world.  While Adventism, Jehovah’s Witnessism, and Mormonism might be belief systems contrary to the Bible and foreign to the original Christians, Halloween today is a harmless practice that has a combination of Catholic and American origins.

And if you don’t believe that?  Then turn to the Bible.

1 Corinthians 10:25 (KJV): Whatsoever is sold in the shambles, that eat, asking no question for conscience sake.

When people came asking if they could, in good conscience, eat meat that may have been sacrificed to false gods, Paul said Yes.  Christians are free to do so.  Some Christians, whom Paul calls weak (cf. Romans 14), think they need to avoid meat and eat only vegetables, and they think they need to keep the Sabbath.  Paul says we should tolerate their weakness with love, and not be the source of their sin.  But Paul says there is nothing that is unclean of itself.

The same principle that Paul applied to the Sabbath and to food can be applied to Halloween.  Keep the good, omit the bad.

So, in reality, Halloween is a safe and fun secular practice with Christian origins.  If you don’t believe that, or dislike the type of Christian faith it originated in, follow Paul’s advice.  If you don’t feel you can go that far yet, don’t complain about those who have a stronger faith.

And enjoy the sweets.  Or “candy” in Americanese.