Adventists often make the claim that Catholicism claims to have changed the Sabbath.  They then cite their proof – unofficial texts, usually newspaper quotes, statements that disagree with the official Catholic position.  This is a classic Adventist ploy.  I’ve discussed it further here.  Without that, Adventism can’t pinpoint which pope they claim changed the Sabbath, as I’ve pointed out here.

Usually they quote statements from newspapers or other texts that would never be considered to be an official source of Catholic teaching, such as a papal encyclical or a document from an ecumenical council.  Sometimes the quotes are downright inaccurate, while sometimes they are just quoted for their ability to be misinterpreted.  It must be remembered that we believe that the Apostles were the first Catholic leaders, and that when someone says “The Catholic Church instituted Sunday observance” it needs to be understood in that context – that we believe that it was the Catholic Church, in the persons of the Apostles, that instituted Sunday observance.

Whether or not you agree with the Catholic view on the Apostles, or the Catholic view of how Sunday observance began, understanding such statements in the context of Catholic teaching is the only honest way to interpret them.  That, however, is too inconvenient for many Adventists, who need to use it as evidence to try to convince Sunday-keeping Protestants that Sunday is just a Catholic plot.

Someone on alt.religion.christian.adventist just had to get rid of all his newspaper clipping quotes, and cut his evidence down to books with the title “catechism” in them.  But even these are not official statements of the Catholic Church – the one below is merely a view put forth by the Diocese of New York in 1876, and the other doesn’t have a date or location given.  Neither is an official statement from Rome.

Q. Have you any other way of proving that the Church has power to institute festivals of precept?
A. Had she not such power, she could not have done that in which all modern religionists agree with her; she could not have substituted the observance of Sunday the first day of the week, for the observance of Saturday the seventh day, a change for which there is no Scriptural authority.
Source:  A Doctrinal Catechism by Stephen Keenan, Imprimatur by John Cardinal McCloskey, Archbishop of New York, Copyright 1876 by T. W. Strong, p. 174.

Here is an example of a text that is in error, contrary to historical evidence, and the official view of the Catholic Church (see below for quotes of official – really official, not the Adventist type of official – statements on this issue) –

Question – Which is the Sabbath day?
Answer – Saturday is the Sabbath day.
Question – Why do we observe Sunday instead of Saturday?
Answer – We observe Sunday instead of Saturday because the Catholic  Church, in the Council of Laodicea (A.D. 364), transferred the solemnity from  Saturday to Sunday.”
The Convert’s Catechism of Catholic Doctrine, p. 50,3rd ed.

Our friend on alt.religion.christian.adventist has been arguing back and forth about what Catholicism really teaches.  On several issues now, each time strong biblical evidence comes up against his position, he – and some others – change their tactics and try to claim that I don’t know what Catholicism teaches.

After providing compelling evidence that Catholicism teaches that the Apostles initiated Sunday observance, he made the following statements:

One day (22 July) he says [I’ve hit the reply so the relevant references appear as well]:

“I. B. Wonderin” <> wrote in message
news:UNuwg.177174$…
> Rome changed the law concerning the Sabbath to the 1st day of the week.
> Rome made laws starting with Constantine and on up through the years.
> Just as those Catholic Catechism quotes I supplied said. The Catholic
> Church claims to have changed the law and the time of the observance of
> the Sabbath Commandment to the first day of the week. Rome says she did
> this in 364AD at the council of Laodicea. Rome does not claim to have
> done any of this lawmaking in the days of the apostles,.

“I. B. Wonderin” <> wrote in messagenews:GcJwg.133503$…
> You are lying again. I already posted to you I acknowledged what you
> posted. I accept that Rome also teaches that the apostles changed the
> Sabbath, I just don’t happen to believe it’s true, or all that Rome
> teaches about this.

Click here for the original thread in full on Google Groups. 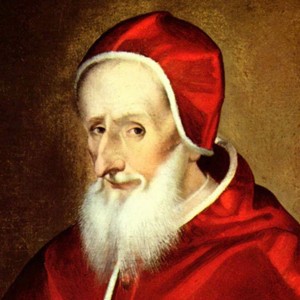 This is what the Catechism of the Council of Trent says:

“The Jewish Sabbath Changed To Sunday By The Apostles

This is what HH Pope John Paul II wrote in Dies Domini:

20. According to the common witness of the Gospels, the Resurrection of Jesus Christ from the dead took place on “the first day after the Sabbath” (Mk 16:2,9; Lk 24:1; Jn 20:1). On the same day, the Risen Lord appeared to the two disciples of Emmaus (cf. Lk 24:13-35) and to the eleven Apostles gathered together (cf. Lk 24:36; Jn 20:19). A week later, as the Gospel of John recounts (cf. 20:26), the disciples were gathered together once again, when Jesus appeared to them and made himself known to Thomas by showing him the signs of his Passion. The day of Pentecost, the first day of the eighth week after the Jewish Passover (cf. Acts 2:1), when the promise made by Jesus to the Apostles after the Resurrection was fulfilled by the outpouring of the Holy Spirit (cf. Lk 24:49; Acts 1:4-5), also fell on a Sunday. This was the day of the first proclamation and the first baptisms: Peter announced to the assembled crowd that Christ was risen and “those who received his word were baptized” (Acts 2:41). This was the epiphany of the Church, revealed as the people into which are gathered in unity, beyond all their differences, the scattered children of God.

The first day of the week

21. It was for this reason that, from Apostolic times, “the first day after the Sabbath”, the first day of the week, began to shape the rhythm of life for Christ’s disciples (cf. 1 Cor 16:2). “The first day after the Sabbath” was also the day upon which the faithful of Troas were gathered “for the breaking of bread”, when Paul bade them farewell and miraculously restored the young Eutychus to life (cf. Acts 20:7-12). The Book of Revelation gives evidence of the practice of calling the first day of the week “the Lord’s Day” (1:10). This would now be a characteristic distinguishing Christians from the world around them. As early as the beginning of the second century, it was noted by Pliny the Younger, governor of Bithynia, in his report on the Christian practice “of gathering together on a set day before sunrise and singing among themselves a hymn to Christ as to a god”.(19) And when Christians spoke of the “Lord’s Day”, they did so giving to this term the full sense of the Easter proclamation: “Jesus Christ is Lord” (Phil 2:11; cf. Acts 2:36; 1 Cor 12:3). Thus Christ was given the same title which the Septuagint used to translate what in the revelation of the Old Testament was the unutterable name of God: YHWH.

Obviously the tactics are failing miserably.  The only way to keep the argument going is by misrepresenting Catholic teaching.  By claiming that the Catholic Church, at a date later than the Apostles’ time, changed the Sabbath to Sunday, they can escape from dealing with the biblical evidence in favour of Sunday observance and against Sabbath observance for Christians.

If you don’t believe me, click here, and take a look at all the verses from the Acts of the Apostles.