The Sabbath ended on a Thursday 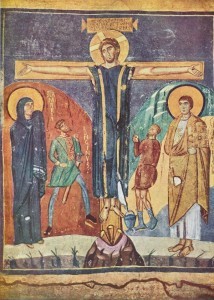 Michael Martling is an Adventist who will be converting to Catholicism this Easter.

Going from Adventism to Catholicism is an “odd situation, because there is a certain level of hostility within Adventism toward Catholicism,” said Martling.

Being a Seventh-day Adventist was good preparation for becoming a Catholic; they take Christianity “seriously and know the Bible well,” he said. But it came to a point where he was doubting his faith and, being employed by the church, he couldn’t voice how he felt.

Read more here: Convert from the Seventh-day Adventist Church looks forward to confirmation as a Catholic

And more on converts to Catholicism.