Some Christians dislike halos. That is often just another excuse to dislike the Catholic Church.

Where did halos really come from? 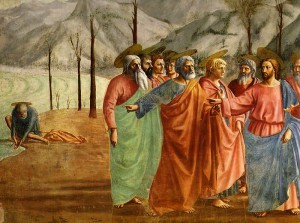 The Tribute Money, by Masaccio – Jesus and the Apostles with halos

Well, art. Art depicted all sorts of religious figures – saints, deities, those in-between – as having a halo. Why? Because all religions recognise that holiness is akin to light. And if someone is holy, they emit light – physical or metaphorical. So … draw them emitting light. How? Use a halo – otherwise you have a white blob covering a subject that can’t be seen.

Did halos exist in the pagan world?

Yes. Where did they get the idea from? Three possibilities – they made it up for the purposes of their religion; they used logic and determined that if holiness is like a spiritual light, light around a person’s head can indicate holiness; they got the tradition from existing revelation from the true God.

Exod 34:29 (KJV) – And it came to pass, when Moses came down from mount Sinai with the two tables of testimony in Moses’ hand, when he came down from the mount, that Moses wist not that the skin of his face shone while he talked with him. 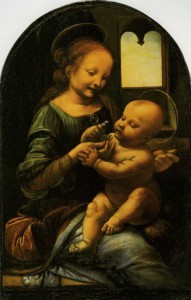 Matt 17:1-2 (KJV) – And after six days Jesus taketh Peter, James, and John his brother, and bringeth them up into an high mountain apart, and was transfigured before them: and his face did shine as the sun, and his raiment was white as the light.

So … was Jesus mimicking paganism? Is the Bible adopting pagan beliefs in describing Moses and Jesus has having shining faces? Or is it the other way around – could the origin of light as a symbol of holiness have come from God, and the pagans adopted it from the true record of God’s revelation?

My answer is that they a) may have invented it themselves due to the logic that light symbolises holiness, using a natural logic reflecting a creation by the true God, or b) they adopted it from the evidence of God’s revelation to mankind.

Halos are an artistic way of depicting holiness, derived from biblical revelation. There is nothing to fear. Adventists in particular have a fear of anything to do with the sun, but the light is not with them.

What about the shape when it happens to be drawn as a circle? Is that not pagan?

No – it represents a crown. God is King, and kings wear crowns. Christians are victors, and will wear crowns.

Revelation 14:14 (KJV) – And I looked, and behold a white cloud, and upon the cloud one sat like unto the Son of man, having on his head a golden crown, and in his hand a sharp sickle. 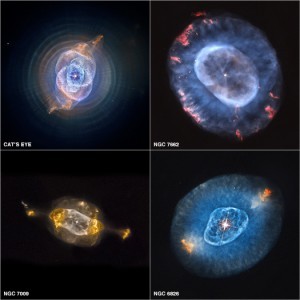 Revelation 12:1 (KJV) – And there appeared a great wonder in heaven; a woman clothed with the sun, and the moon under her feet, and upon her head a crown of twelve stars

1 Peter 5:4 (KJV) – And when the chief Shepherd shall appear, ye shall receive a crown of glory that fadeth not away.

A crown-shaped source of light? An artistic representation of our crowns and the light of grace.

God made nature to show us halos. God reveals himself with one. God tells us that we will have a crown. Do not fear the light.