The origins of Lent

When does Lent end? 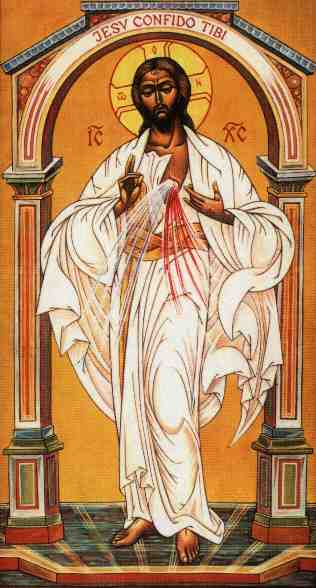 2013 note: There are some technical errors in this post, and conclusions are hard to reach. For a more accurate assessment of when Lent begins, which days (weekdays and/or Sundays) fall in Lent, etc., see the Annual Lent Fight! (2013 Ed.) by Jimmy Akin. As the title suggests, it’s a thorny and complicated matter.

Some Catholics say that the last day of Lent is the Wednesday before Holy/Maundy Thursday, but say that it starts on the first Sunday of Lent, and not on Ash Wednesday. This allows for Lent to contain 40 days, including Sundays; but it results in a peculiar calendar. There is a comment by a priest, presumably Catholic, on Jimmy Akin’s blog stating this.

Jimmy Akin’s blog itself says that it ends on Holy Thursday, which begins the Easter Triduum – Holy/Maundy Thursday, Good Friday, Holy Saturday. This results in Lent having 44 days, including the Sundays. If the supporters of this leave off Sundays, Lent is only 38 days long.

Akin points out that the General Norms for the Liturgical Year and the Calendar state the following:

Lent runs from Ash Wednesday until the Mass of the Lord’s Supper exclusive. [point #28]

This is a document issued by the Vatican’s Sacred Congretation of Rites in 1969.

Exclusive means Lent ends before the Mass of the Lord’s Supper, i.e. on the Thursday. So Lent would be 43 and a bit days.

Sundays? Since the wording of the text in no way indicates that Sundays are excluded from Lent, we should assume it means they are included.

On the same page on Akin’s blog another Catholic priest says:

In support of not fasting on Sundays, he says the following:

Lent is the forty day period before Easter, excluding Sundays, which begins on Ash Wednesday and ends on Holy Saturday (the day before Easter Sunday). [This traditional ennumeration does not precisely coincide with the calendar according to the liturgical reform. In order to give special prominence to the Sacred Triduum (Mass of the Lord’s Supper, Good Friday, Easter Vigil) the current calendar counts Lent as only from Ash Wednesday to Holy Thursday, up to the Mass of the Lord’s Supper. Even so, Lenten practices are properly maintained up to the Easter Vigil, excluding Sundays, as before.]

So traditionally, the 40 days of Lent are Ash Wednesday to Holy Saturday, inclusive of both, and exclude Sundays.

The Catechism of the Catholic Church, paragraph 540, says:

By the solemn forty days of Lent the Church unites herself each year to the mystery of Jesus in the desert.

The Circular Letter Concerning the Preparation and Celebration of the Easter Feasts, from the Sacred Congregation for Divine Worship in 1988, states:

The first Sunday of Lent marks the beginning of the annual lenten observance.

At a later date the wish to realize the exact number of forty days led to the practice of beginning Lent upon our present Ash Wednesday, but the Church of Milan, even to this day, adheres to the more primitive arrangement, which still betrays itself in the Roman Missal when the priest in the Secret of the Mass on the first Sunday of Lent speaks of “sacrificium quadragesimalis initii”, the sacrifice of the opening of Lent.

And the statement “Lent runs from Ash Wednesday until the Mass of the Lord’s Supper exclusive” makes it clear that Lent starts on Ash Wednesday.

The Directory On Popular Piety And The Liturgy, from the Congregation For Divine Worship And The Discipline Of The Sacraments, 2001, says:

The journey of Lent ends with the Easter Triduum [point 127]

I’m not sure if that is inclusive or exclusive.

Going with the Holy Saturday end to Lent are the following sites:

In the primitive Church Holy Saturday was known as Great, or Grand, Saturday, Holy Saturday, the Angelic Night, the Vigil of Easter, etc. It is no longer, like Maundy Thursday, a day of joy, but one of joy and sadness intermingled; it is the close of the season of Lent and penance, and the beginning of paschal time, which is one of rejoicing.

The service of Holy Saturday has lost much of the significance and importance which it enjoyed in the early Christian centuries owing to the irresistible tendency manifested throughout the ages to advance the hour of its celebration. Originally it was the great Easter vigil, or watch-service, held only in the late hours of the Saturday and barely terminating before midnight. To this day the brevity of both the Easter Mass and the Easter Matins preserves a memorial of the fatigue of that night watch which terminated the austerities of Lent.

Ken Collins’ “The Season of Lent” [Internet Archive link here]
Dennis Bratcher’s “The Season of Lent”
Ash Wednesday, Lent, and Easter
History of Lent
Sundays are not Fast-Days
The Anglican Catholic Church [not in communion with Rome, but hopefully someday we can be united in our timing of Lent, if we are not currently]

Going with the Holy Thursday end to Lent are the following sites:

Easter Triduum
What is Lent?
Holy Thursday [dead link]
Forty Days & Forty Nights [excludes Sundays from Lent]
If Lent is 40 days, why are there 46 days between Ash Wednesday and Easter?

“THE 40 DAYS OF LENT” has always been more of a metaphor than a literal count. Over the course of history the season of preparation for Easter Sunday has ranged from one day (in the first century) to 44 (today in the Roman church). Officially since 1970, Lent begins on Ash Wednesday and ends at sunset on Holy Thursday. [If Lent is 40 days, why are there 46 days between Ash Wednesday and Easter?]

Going with the “Sundays are part of Lent” idea is:

But, what more particularly regards Lent, successive indults have been granted by the Holy See allowing meat at the principal meal, first on Sundays, and then on two, three, four, and five weekdays, throughout nearly the whole of Lent.

We know the following:

Jimmy Akin seems to have the best arguments, pointing out which documents are intended to be the authoritative ones, and so he’s probably right.

But it’s really not that important. The period from Ash Wednesday till Holy Saturday is a period of fasting and penance, and the timing is just custom, not written in stone.

As Akin says on yet another post on the issue:

Lent is not a matter of Church teaching. It is a matter of the Church’s liturgical law. Therefore, no Church document “teaches” that Lent is forty days.

And he has a whole range of posts linked from one post entitled Annual Lent Fight. That’s what it is. A fight about what’s really going on. Does even the Pope know?

Lent has changed in the past, it can change again. It’s not dogma. It’s just a practice. When I become Pope I’ll have to change things to my preferred Lenten calendrics. Until then, we’ll be confused.

Most people voted: I am not sure
Your reaction to this post: