Sadly, some Adventists do not celebrate Christmas.  They associate it with Catholicism, and therefore consider it to be a corrupt expression of our Christian faith.

Unfortunately, this sentiment is perpetuated by prominent Adventists such as Samuele Bacchiocchi, who preaches the myth about Christmas being pagan in one of his old Endtime Issues.

One idea that he promotes is that the name comes from the English word “Mass,” used in the context of the Catholic celebration of the Eucharist, a very biblical event.

Bacchiocchi doesn’t seem to know that Christ-mass simply means “the sending of Christ” – mitto, mittere, misi, misum – Latin for “send.”  The same word is used at the end of the Mass – “Ite, missa est.”  It is from this that the English word “Mass” is derived.

When people like Bacchiocchi reject Christmas because they think it refers to “the Mass of Christ,” they don’t realise that it’s the “sending” of Christ they are rejecting, not the celebration of the Eucharist.  That is what the word “mass” means – to be sent.  Just because Christmas (and the calendar, the cross, the Trinity, baptism, etc.) have pagan associations, doesn’t mean they need to be rejected.  Ellen White celebrated Christmas, Santa Claus and all.

The articles at Wikipedia and Truth or Fables show that the origin of Christmas had a real Christian intent – not merely, as claimed, a case of adopting a pagan custom – and that the date of 25 December is indeed a Christian concept, and not at all unlikely.

I wish all Adventists and non-Adventists a very blessed Christmas this 25 December – the sending of Our Lord – as they celebrate the Incarnation. 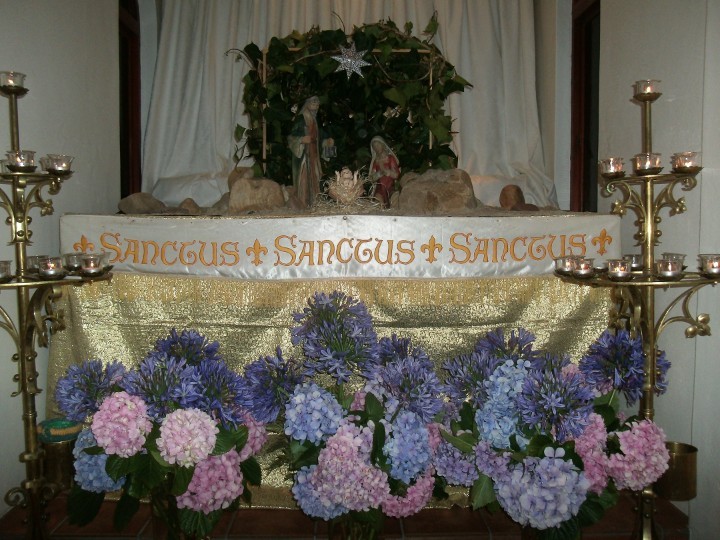