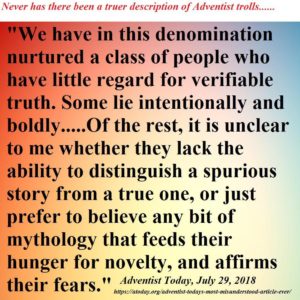 Adventist dishonesty according to Adventist Today

Adventist Today has an amazing article on Adventist dishonesty. They acknowledge the problem of dishonest propaganda within Adventism. Their particular example is, in fact, dishonest propaganda spread by Adventists against their own General Conference president, Ted Wilson, and a letter to the pope he allegedly wrote, apologising for the anti-Catholic propaganda in the Great Controversy.

A letter from Ted Wilson to the pope? Real or not real?

What some unscrupulous Adventists did was take a proposed letter written by Ervin Taylor on Adventist Today and removed context and claimed it was real. Sound familiar? That’s what the same type of Adventist does with the Catholic Church. Fake quotes, removal of context. Dishonesty.

“We have in this denomination nurtured a class of people who have little regard for verifiable truth. Some lie intentionally and boldly, such as those who altered that article and passed on the letter as factual. Of the rest, it is unclear to me whether they lack the ability to distinguish a spurious story from a true one, or just prefer to believe any bit of mythology that feeds their hunger for novelty, and affirms their fears. … They preferred titillating myths …”

Thank you, Loren Seibold and Adventist Today, for this profound acknowledgement. That Adventists have done to Ted Wilson what they do to the Catholic Church is really eye-opening.

Adventism needs to fix this, and acknowledge the anti-Catholic myths perpetuated by the likes of the GC and Amazing “facts”. Only when they embrace an honest history and theology will they be taken seriously. Otherwise they are just an 8-commandment religion, not a 10-commandment religion as they claim. (The other commandment they lack credibility in is dealt with here.)

Go and read the full article at Adventist Today here – Adventist Today’s Most Misunderstood Article Ever
And contribute to the commentary on Facebook here.

Now go to Part 2 of this discussion, where I summarise the fake facts and fake history that dishonest and gullible Adventists spread. 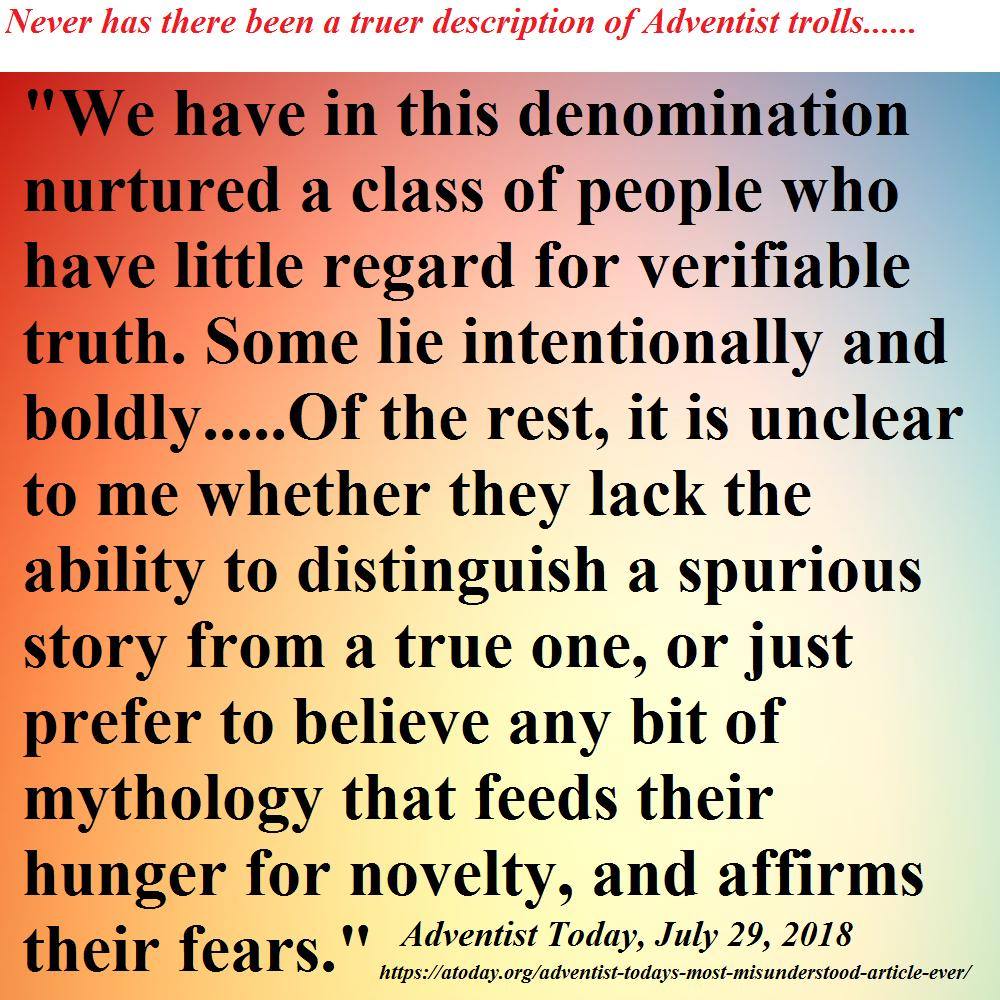 Adventist dishonesty according to Adventist Today