Some time back I wrote a comment on Taylor Marshall’s blog. I’m putting my comment up here too now.

The original post on Taylor Marshall’s blog: The Eastern Orthodox on Divorce and Remarriage

My point was to argue that there are two separate issues that are often conflated.

There are two (or more) separate issues here, and from what I read all over the interweb, they’re not always fully differentiated: 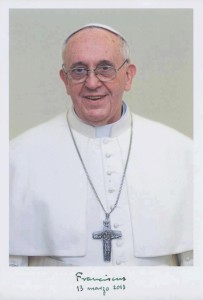 See Adithia Kusno in the other comments for an interesting view on this.

2. Reception of the Eucharist for those remarried after divorce. This is tied logically to #1 if one maintains that, because a “natural” marriage after divorce is mortally sinful, communion may not be recieved. I read an interesting article some time back (and can’t find it now, so I can’t cite patristic sources) that explained that there were/are two views, one of which became the dominant view in the Catholic Church. View 1 (dominant view, exclusivist view) – the Eucharist may only be recieved in a state of grace. View 2 (inclusivist view) – the Eucharist is medicine for the soul and efficacious irrespective of the state of the recipient. Unlike the indissolubility of marriage, I see this as a view that can be changed over time, from View 1 to View 2, as needed by the Church. 1 Cor 11’s “unworthy manner” can just as easily be interpreted as “in a state of mortal sin” as “in an unpious / hypocritical way“, thus allowing either view to remain in conformity with Paul’s statement.

An example of unworthy communion under View 2 – “I am a politician and must be seen as important, so I will take communion as a sign of my worthiness. I am not like those others, and I fast twice a week.” An example of worthy communion under View 2 – Luke 18:13, “And the publican, standing afar off, would not lift up so much as his eyes unto heaven, but smote upon his breast, saying, God be merciful to me a sinner.” 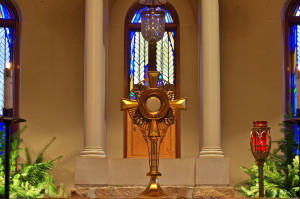 Exclusivist Church – as per Pope Benedict XVI, the Church is a small group of faithful, who agree with and submit to the Church on nearly everything, dogma and practice. “I love Christ and his Church and will live her way.” Those who feel otherwise accept that they go elsewhere. Everyone within the Church then takes communion only in a state of grace, and accepts the burden of marital loneliness should their marriage fail and unites it to the suffering of Christ. I think the first century Church was more like this one.

Inclusivist Church – the Church is for all on their path to God, and a hospital for sinners. Those who can accept and live the Church’s ways only partly are included. “I love Christ and his Church but am too weak to be able to comply with some things it aspires to.” Communion is open to them as medicine for the soul, in all their weaknesses they have not yet overcome. They are seen as not taking communion “unworthily” (1 Cor 11:27-29) if their love for God is sincere, in spite of ongoing flaws.

I don’t know where God is leading the Church. If he’s going the way of the exclusivist Church, he will not let the Church go the inclusivist way, and certainly there would be no possibility of any ex cathedra statement (cf Deacon Peter R. C. Haight’s comment on this post)*. If he’s going the way of the inclusivist Church, and the Church goes this way eventually, then surely we should accept this. There’ll be fights along the way between well-meaning people with different opinions, and there may even be a council. Once it’s resolved either way, do we accept the ordinary magisterium, or do we go the divisive route?

I wish I had a time machine to look ahead at the Church in 50 or 100 year increments. I might find I was right or wrong about many things I think can or cannot change.

*I also make the following comment about Cardinal Robert Bellarmine‘s thoughts on the pope falling into heresy, and a common misunderstanding about them (which went ignored with the addition of a claim about something in canon law that simply isn’t there).

Bellarmine is widely misunderstood and the hypothetical character of many of his discussions about positions 1 and 2 is ignored. A misinterpretation of Bellarmine allowing us to sit in judgement of the pope is a dangerous situation indeed.