I’ve discussed Socrates before, and shown how Adventists have misquoted him to make it appear that most Christians in the 400s AD kept the sabbath, and only Rome and Alexandria didn’t. They have a quote from Sozomen that seems to say something similar. 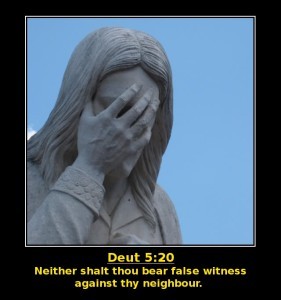 Something didn’t register with me with my first readings of the sources Adventists quote, but it’s actually quite obvious now that it’s clicked in my brain – typical weekends were not being discussed at all. I’ll get to that.

Adventists quote selectively to make it look like many Christians assembled on the sabbath, every sabbath. It’s clear from the source documents that they fasted on the sabbath, in memory of Jesus being in the tomb – it wasn’t a sabbath observance like the Jews and the Adventists have. What I now realise is both Socrates and Sozomen were referring to the Saturdays during Lent – not every Saturday, just those in Lent. Their entire discussion on their respective chapters is about customs during Lent and Holy Week.

There are two well-known quote from Socrates’ Ecclesiastical History that Adventists put forward as evidence for 5th century sabbath observance by Christians (one of the quotes is actually from Sozomen, not Socrates). I am sure most Adventists and those who have come across what they teach are familiar with them. I was recently referred to the Sabbath Truth (sic) website, where the argument for the Christian observance of the Sabbath is weak, and where truth is even weaker.

“The people of Constantinople, and almost everywhere, assemble together on the Sabbath, as well as on the first day of the week, which custom is never observed at Rome or at Alexandria.” – Socrates, “Ecclesiastical History,” Book 7, chap.19. [Quoted here, and is actually Sozomen, not Socrates]

“For although almost all churches throughout The World celebrated the sacred mysteries (the Lord’s Supper) on the Sabbath of every week, yet the Christians of Alexandria and at Rome, on account of some ancient tradition, refuse to do this.” – Socrates, “Ecclestical History,” Book 5, chap. 22, p. 289. [Quoted here]

This is used to pretend that all Christians, except those at Rome and Alexandria, kept the Sabbath.

But the context is conveniently left out.

Here are the source documents that you can read to see the context:

I quote a broader section in blue, and the limited quote usually given by Adventists is in bold red. Important qualifiers are underlined.

And among various nations there are other usages, for which innumerable reasons are assigned. Since however no one can produce a written command as an authority, it is evident that the apostles left each one to his own free will in the matter, to the end that each might perform what is good not by constraint or necessity. Such is the difference in the churches on the subject of fasts. Nor is there less variation in regard to religious assemblies. For although almost all churches throughout the world celebrate the sacred mysteries on the sabbath of every week, yet the Christians of Alexandria and at Rome, on account of some ancient tradition, have ceased to do this. The Egyptians in the neighborhood of Alexandria, and the inhabitants of Thebaïs, hold their religious assemblies on the sabbath, but do not participate of the mysteries in the manner usual among Christians in general: for after having eaten and satisfied themselves with food of all kinds, in the evening making their offerings they partake of the mysteries.

So the passage is NOT telling us that all the Christians, except those at Rome and Alexandria, kept the Sabbath. It is telling us that the Christians believed that they were free to follow Romans 14:5-6, and worship God in spirit, not bound to a specific day. They chose to continue a custom (even called a custom by Socrates – see the bold underlined section in the first quote of Socrates from Adventists above) that only resembles Jewish/Adventist sabbath observance.

And now notice the kicker – chapter 22 is all about Easter and the period of Lent:

As we have touched the subject I deem it not unreasonable to say a few words concerning Easter. … But that the time of keeping Easter in various places is dependent on usage, I infer from this, that those who agree in faith, differ among themselves on questions of usage. And it will not perhaps be unseasonable to notice here the diversity of customs in the churches. The fasts before Easter will be found to be differently observed among different people. Those at Rome fast three successive weeks before Easter, excepting Saturdays and Sundays. …

[the part quoted above, the part cited by Adventists, is located here in the text]

… At Alexandria again, on the Wednesday in Passion week and on Good Friday, the scriptures are read … I have also known of another peculiarity in Thessaly, which is, that they baptize there on the days of Easter only … The Novatians, as I have stated, were divided among themselves on account of the feast of Easter …

You will find many references like this that are used by Adventists to make it seem as if early Christians observed the Sabbath because they believed it was binding on them. But context always proves the Adventist claims wrong. In every case, what is really happening is that Christians continued with customs they inherited from the Jews, but knowing that their only purpose was to give God glory, and they could do that with any day.

I’d conclude that this Sabbath Truth website has not dealt honestly with the evidence. Why not? What does it have to hide? What doesn’t it want us to know about the reality of what Saturday meant to the early Christians? Why pretend it meant more than it did?

He starts off as Socrates did:

We have now described the various usages that prevailed in the celebration of the Passover.

He ends off still discussing Easter:

Similar motives must be attributed to those who observe different practices in the celebration of the feast which has led us into this long digression.

Between those two quotes is this:

In some churches the people fast three alternate weeks, during the space of six or seven weeks, whereas in others they fast continuously during the three weeks immediately preceding the festival. Some people, as the Montanists, only fast two weeks. Assemblies are not held in all churches on the same time or manner. The people of Constantinople, and almost everywhere, assemble together on the Sabbath, as well as on the first day of the week, which custom is never observed at Rome or at Alexandria.

So much for the butchering of historical sources to make Easter customs look like permanent, year-long sabbath observance.