In part 1, we saw that the Greek word used by Paul for the holy days in Col 2:16 (εορτη, heorte) was used in the Greek Old Testament, with which he was well acquainted, in a way that included all five (or six) annual feasts decreed by God. Given that it was unlikely that he would use the word “sabbath” in his writings to mean something it didn’t mean in contemporary use, and given that it was entirely plausible, given biblical evidence, that he used the term “heorte” to cover all of the annual feasts, Col 2:16 is best interpreted as a sequence of festivals listed by frequency – annual, then monthly, then weekly.

Now we’ll look at several other similar frequency-based sequences in the Bible, and take a look at whether Col 2:17 allows the weekly sabbath to be included as something that was a shadow of what we have now.

Several times in the Old Testament, and twice in the New Testament, we see Israel’s holy days listed in various time-based sequences, usually from frequent to infrequent (daily, weekly, monthly, yearly, multi-annual). Not every list covers all 5 frequencies, but you see that they are listed in a logical order.

This sequence is derived from the original lists in the books of Moses, and especially Numbers 28-29, where the sacrifices are explained. 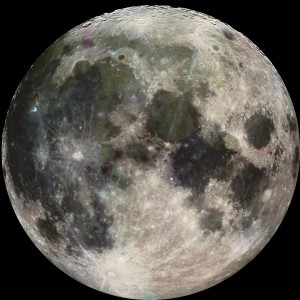 Note again (see Part 1 for details) that the Greek word heorte (εορτη) is used in the Septuagint to encapsulate all these days.

Other passages where we see this time-based sequence are:

1 Chr 23:31 (KJV throughout) – And to offer all burnt sacrifices unto the LORD in the sabbaths, in the new moons, and on the set feasts, by number, according to the order commanded unto them, continually before the LORD

2 Chr 2:4 – Behold, I build an house to the name of the LORD my God, to dedicate it to him, and to burn before him sweet incense, and for the continual shewbread, and for the burnt offerings morning and evening, on the sabbaths, and on the new moons, and on the solemn feasts of the LORD our God. This is an ordinance for ever to Israel.

Here we have something slightly different – three of the feasts (Unleavened Bread, Pentecost, and Tabernacles) are named, and two (Trumpets and Atonement) are omitted. Here Adventists like to claim that the sabbaths are Trumpets and Atonement, and the solemn feasts are Passover/Unleavened Bread, Pentecost, and Tabernacles. But notice the difference – the previous verse (2 Chr 8:12) lists these as being sacrifices personally offered by Solomon during a certain time, and this has no impact on the meaning of the word heorte, as this is shown sufficiently elsewhere (discussed above and in part 1).

Here we see them listed in frequency of infrequent to frequent, and then summed up as “all solemnities“.

Hosea 2:11 – I will also cause all her mirth to cease, her feast days, her new moons, and her sabbaths, and all her solemn feasts.

This is an interesting verse. Four events are listed, and not in order of frequency. There are several ways to read this:

Only the third has maintained the usual frequency-based list – annual, monthly, weekly. That itself indicates that the third is the most likely, as all others list them in either ascending or descending order of frequency.

It doesn’t really matter either way – it’s not conclusive evidence for the Adventist position, and, in fact, does their position a lot of harm – there is no way at all to avoid the inclusion of the weekly sabbath in this list – and this verse has been seen by Christians throughout the history of Christianity as prophesying the abolition of all of these days.

We again see a frequency-based list, indicating specific days (the only days, outside of the sacrifice timetable that included daily sacrifices, not covered already, were the weekly sabbaths), months (new moons), times (times of the year), and years (most likely the multi-annual cycles incorporated into Israel’s calendar).

The weekly sabbath as a shadow 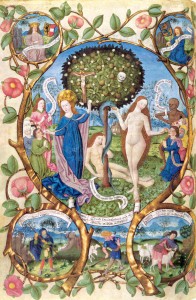 Lastly, we should briefly look at whether or not the sabbath was a shadow of something greater.

What the sabbath was a shadow of:

Ironically for Adventists, immediately after saying what he did in Matt 11:28, Jesus and the disciples go on to pick corn on the sabbath, and Jesus has to tell the Pharisees that he is superior to the sabbath, and then goes on to rub it in by healing someone on the same day.