Where is Sunday condemned in the Bible?

The Kindle edition of Teresa and Arthur Beem’s book, “It’s Okay Not To Be A Seventh-Day Adventist”, is now available at Amazon.

Teresa and Arthur Beem resigned from the Adventist denomination in 2002. Their resignation letter was made public and was widely discussed in cyberspace. Since then, they have written a book to let people know about their experience in, and leaving, the Adventist movement. This is their continuing saga.

Their book, “It’s Okay Not To Be A Seventh-Day Adventist”, covers the problems with Adventist theology that need to be dealt with by those leaving, as well as those who remain. Adventism clearly needs a reform – from its practices regarding abortion, to the Sabbath, to theology that even its leaders admit can’t be confirmed using the Bible alone, which they claim is their standard. 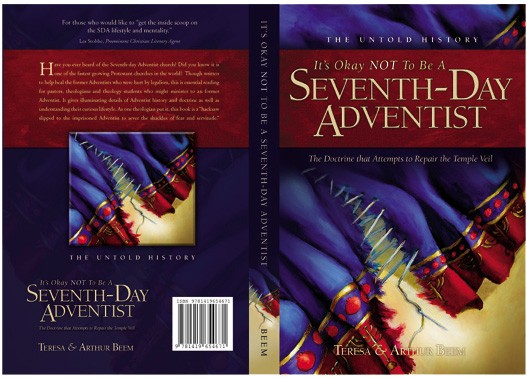