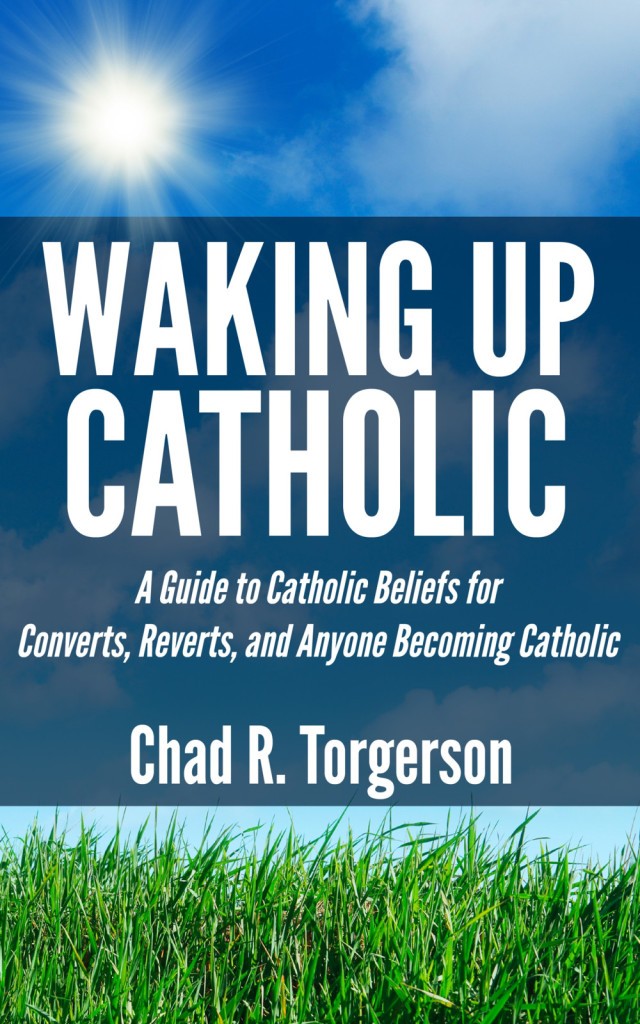 Waking Up Catholic: A Guide to Catholic Beliefs for Converts, Reverts, and Anyone Becoming Catholic

by Chad R. Torgerson (2013), Assisi Media and Waking Up Catholic

In his new book, Waking Up Catholic, Chad Torgerson describes his journey into the Catholic Church.  He discusses how his faith in Christ developed over the years, from Lutheran, to agnostic/atheist, to born-again Protestant, and finally Catholic.  Specifically, he brings in how his relationship with Christ was influenced by his study of Catholic teachings and practices, and shows how they can bring one closer to Christ.  The book is easy to read, but gets to the point of complex issues remarkably well without becoming too complex on the one hand, or being too simple on the other.

Chad discusses several important topics that non-Catholics find problematic and often misunderstand, and shows how he overcame that misunderstanding, how these issues eventually made sense to him, and how he saw that there was indeed no conflict between Catholicism and the Bible.  The important topics he covers are Tradition vs Sola Scriptura, the continuous transmission of Christ’s teaching through the authority of the Church from the first century till today, the priesthood and the hierarchy of the Church, the Trinity, Mary and the saints, the Eucharist and the Real Presence of Christ, and prayer.

He goes on to a discussion of what it means to be Catholic and live one’s life as a Catholic and why we have “obligations” and what their purpose is, and ends off discussing the difference between apologetics (my forte, not unnecessary) and evangelisation (what the Church badly needs).

In particular, I found his discussion of the saints as prayer warriors particularly enlightening – I hadn’t thought of putting it the way he did, and it’s a particularly powerful explanation.

When you are facing a time of struggle, have you ever asked someone to pray for you? Have you prayed for sick relatives, friends going through financial troubles, or loved ones dealing with emotional issues? We, the communion of saints on earth, pray for each other all the time, and we can ask the communion of saints in heaven to do the same. By asking the saints to pray on our behalf, we are inviting a team of prayer warriors to join us by our side.

The book definitely has a place on the apologetics bookshelf, although it was not written as a systematic defence, but rather as an experience of someone discovering the Catholic faith, and as an evangelising tool.

As part of the New Evangelisation, the book is great for cradle or lapsed Catholics who want to get to understand their faith better; it is a useful guide for new Catholics wanting to apply their new faith; and it is an experiential explanation for non-Catholics who want to understand what the Catholic Church really teaches and practises.  Lastly, anyone who wants a good conversion story should read this book, whether they know a lot or just a little about their faith.