“The Sabbath, is of utmost importance!!”

Catholics and the Bible 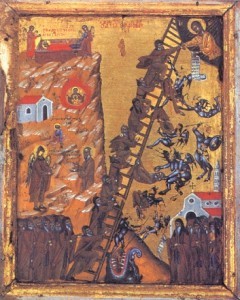 I have been asked by an Adventist:

OK let say a catholic individual study his or her bible and learns John 3:16, 1john 1:9, Col 2:14 and other. He began to understand the death of Jesus paid in full for penalty of his sins. That Jesus took away all his sins and reconciliation with God and made possible through the blood of Jesus. But the catholic teaching says he has to suffer for his sins in purgatory before he enters heaven. What is he to do?

The passages he cites:

John 3:16 KJV  For God so loved the world, that he gave his only begotten Son, that whosoever believeth in him should not perish, but have everlasting life.

1 John 1:9 KJV  If we confess our sins, he is faithful and just to forgive us our sins, and to cleanse us from all unrighteousness.

Colossians 2:14 KJV  Blotting out the handwriting of ordinances that was against us, which was contrary to us, and took it out of the way, nailing it to his cross;

If we sin, we need forgiveness.  Once we are forgiven, we usually still need to learn a better way.  That is the purpose of Gods’ discipline – teaching us that bad things are bad, and to prefer good things.  God could, of course, snap his fingers and make us all perfect … but he doesn’t.  He teaches us through the consequences of our sins.  If we lie, and ask for forgiveness, we are forgiven, but still get to learn from the embarrassment, or pain, or loss, or whatever the lie caused.

Purgatory is often misunderstood to be a place we go to in order to finish the punishment for sin that wasn’t removed by Christ.  That’s not exactly true.

Christ paid the full price for our salvation, but what he didn’t remove was the discipline we would require in order to grow as Christians.  I think that is a belief shared by the vast majority of Christian denominations. The difference between Catholics and Protestants is that Catholics believe that, when discipline is still needed to finish our development into a fully Christ-like servant of God, that process continues after death, before entry into heaven.  Protestants, seemingly, consider that pending discipline to be discarded/ignored, and what is lacking simply added on without that process of learning, so entry into heaven would be “immediate”.  Probably Adventists believe the same as Protestants, with the difference regarding the timing of entry into heaven relative to the time of death / end of time.

However … Adventists, I think (but not all Protestants), believe that even the saved will have to face their sins in the final judgement.  They won’t be condemned by them, but they will have to face the reality of what their sins actually meant (a realisation few people reach in this life.)  I doubt Adventism would call it a purification, but I can’t imagine that such a revelation about the true nature of their sinfulness would NOT bring about a change for the better in those who are saved, which then amounts to the same thing.

And that is purgatory … not a mystical version of hell that has fire and brimstone but one can escape from when enough pain has been inflicted, but rather the trials and tribulations of life that make us grow – if we let them – into a more Christ-like person.

The following from the article “Sanctification” by Dr William Ames (a puritan, 1567-1633) (IA link here) shows the process that we see as purging:

1. The real change of state is an alteration of qualities in man himself. 2 Cor. 5:17, Old things have passed away; all things are new.

2. The change is not in relation or reason, but in genuine effects seen in degrees of beginning, progress, and completion. 2 Cor. 4:16, The inner man is renewed day by day.

4. Sanctification is the real change in man from the sordidness of sin to the purity of God’s image. Eph. 4:22-24, Put off that which pertains to the old conversation, that old man, corrupting itself in deceivable lusts, and be renewed in the spirit of your mind. Put on that new man who according to God is created to righteousness and true holiness.

5. just as in justification a believer is properly freed from the guilt of sin and has life given him (the title to which is, as it were, settled in adoption), so in sanctification the same believer is freed from the sordidness and stain of sin, and the purity of God’s image is restored to him.

13. The starting point of sanctification is the filthiness, corruption, or stain of sin. 2 Cor. 7: 1, Let us purge ourselves from all filthiness of flesh and spirit, being led to holiness in the fear of God.

Hebrews 12:6-11 KJV  For whom the Lord loveth he chasteneth, and scourgeth every son whom he receiveth.  [7]  If ye endure chastening, God dealeth with you as with sons; for what son is he whom the father chasteneth not?  [8]  But if ye be without chastisement, whereof all are partakers, then are ye bastards, and not sons.  [9]  Furthermore we have had fathers of our flesh which corrected us, and we gave them reverence: shall we not much rather be in subjection unto the Father of spirits, and live?  [10]  For they verily for a few days chastened us after their own pleasure; but he for our profit, that we might be partakers of his holiness.  [11]  Now no chastening for the present seemeth to be joyous, but grievous: nevertheless afterward it yieldeth the peaceable fruit of righteousness unto them which are exercised thereby.

1Co 3:15  If any man’s work shall be burned, he shall suffer loss: but he himself shall be saved; yet so as by fire.

In summary, Jesus paid the full price for our sins.  That is the atonement, which relates to justification.  But he did not take away the chastisement necessary for our growth as Christians.  That is sanctification, and Catholics call its completion purgatory – they are one and the same thing. So there is no conflict at all with the atonement achieved for us by Christ.  That atonement is not what we complete by sanctification.

Some useful links on the topic:

Purgatory? Where’s That in the Bible? … by Mark Shea

How To Explain Purgatory To Protestants … by James Akin

Posted by Jared Olar on February 18, 2007, 5:11 pm
As usually explained by the Catholic Church, Christ’s death fully atoned for the eternal punishment for sin, but there remain “temporal” consequences of sin that must be repaired in each sinners life. With those who confess their faith in the saving work of Jesus, what isn’t repaired in this life will be repaired by Christ in the next life. That is purgatory. In this way God’s mercy and God’s justice meet and kiss.