I wrote SermonAudio this e-mail regarding [Fundamentalist] Baptist Church and their Pastor X:

If you take a look at the following blog links on the SermonAudio.com website, posted in the sequence given, you’ll see some very behaviour that is not Christ-like at all:

The way Pastor X of [Fundamentalist] Baptist Church has responded is NOT the way Christians should behave.  When non-Christians criticise Christianity for being a self-righteous, hypocritical faith, it is exactly the attitude of Pastor X that they are complaining about.  They come across people acting like this, and know that this is not something a decent person wants to be part of.  So they reject Christianity because of people claiming to be Christian, but who act like Pharisees and treat others like dirt.

Unfortunately, in spite of the reality that members’ views are not those of SermonAudio, the fact that this diatribe is posted on your site puts you in the position where many people will lump you in with his enactment of Christianity, and that would be a shame.

Please speak to him about his attitude towards others, and the way he is misrepresenting and disgracing Christianity on your website.

I look forward to your response. 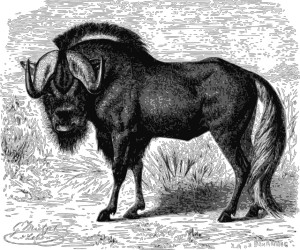 No reply … and again, no reply.

They’ve replied before about other things.  This is obviously not something they want to reply to … I wonder if they actually acted, or just took the position that being rude to Catholics is a righteous act.

I hoped that when Christians see other Christians behaving like that, they would not stay silent.  I feel SermonAudio should have at least acknowledged the e-mail, if not saying that such behaviour is not representative of their Christian values.

Staying silent about actions and words that bring shame to the Gospel and to our Lord and Saviour Jesus Christ is not the way to go.  Whether it’s covering up for abusing priests in the Catholic Church, or ignoring attitude problems by those who make Christianity the laughing stock of the non-Christian world, it’s only brings one thing – disgrace.

There seems to be silence now from the Pastor X front … no further groans from his flock.  No further defence of his attitude.  I think they are ashamed … either that, or too busy finding other people to call devils.