A [Fundamentalist] Baptist Church and SermonAudio

Response from the [Fundamentalist] SermonAudio group

In connection with the [Fundamentalist] Baptist Church post, I’ve received a few e-mails, and I’ll put some of them on here.  Hyperlinks have been added by me. 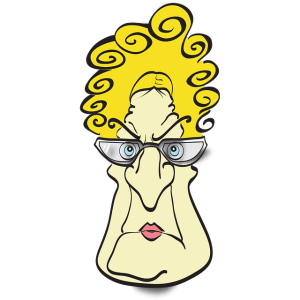 Sir,
If you are accusing [Pastor X] of Smearing Judas, what do you think you are doing to him. I’d rather listen to a smear campaign from someone preaching about “a devil” like Judas (Jesus’ words, not mine), than someone smear a pastor who preaches on the street, wins people to Jesus Christ, and trains them to do the same thing.

Why anyone would get so upset about a sermon “misrepresenting” Judas Iscariot is foreign to ANY Christian I know, Baptist, KJV Only or otherwise. In surveying Baptist, MEthodist, Presbeterian, and even an Anglican Minister, I can find NO one that finds a smear campaign against Judas to be “unChristian”.

I believe Jesus started the Campaign Himself. Perhaps he was meant to be smeared?

I was annoyed by the way Pastor X smears Catholicism, not Judas.  I’d rather listen to the truth than to someone who expresses such hatred.  Nobody wins people to Jesus with hate, or by telling lies about other faiths.  That only gives Christianity a bad name, and ends up losing people instead of gaining them.

Pastor X can choose his methods, but good people won’t stand by and watch him disgrace Christianity and Jesus.

His actions speak louder than his words.  People need to know that the way he treats others is not going to win anyone to Christ.  Calling people devils for not phrasing things the way he wants to is just a sign of a problem far bigger.  Arrogance and self-righteousness such as that displayed on several SermonAudio forums is a big reason why people laugh at Christians.  But it’s NOT Christian.  People need to know that.  There’s enough self-righteousness out there to make an example of … Pastor X ended up being the example.  I hope this brings some light to those who act that way, and those who have been treated that way and felt that their unpleasant experience was a true representation of Christian charity and love.

If you cannot confess that “Jesus Christ is come in the flesh,” according to the Bible you are a devil.  That’s a way that God setup for us to try the spirits.  I would call what I read about Pastor X tough love instead of hate speech.  I’m guessing you’re either a roman catholic or a seventh day adventist by looking at the ‘jesus with the sun around his head‘ (baal worship) on your website.  So for you to attack a Bible believer is no marvel to me.  So tell Judas hi for me.  I won’t be here when he takes over.

I did confess that, and I am not a devil.  I also believe the Bible – and yes, I am a Catholic, but we don’t worship Baal.  If you’re in any way sincere about your attitude towards Catholicism, you’ll do some research on what we really believe.  I suggest you start at http://www.catholic.com/.  If not, then continue to bear false witness, and support those who do.  [continued as in my reply above]

Jesus started smear campaigns???  Misrepresenting Judas is not something to consider dishonest???  It seems that “Do not bear false witness” does not apply to these Baptists’ treatment of those they view as their enemies … and that appears to include Catholicism, because they’re obviously misinformed, but like to attack in ways that make no dent.

Telling me to say hi to Judas is just bitterness, and contrary to the command of Christ not to judge others.

Obviously Pike knows no difference between a sun and a halo.  Both, however, in reference to Christ, are quite biblical in origin … although most anti-Catholics don’t link the Catholic practices with their biblical counterparts (or are just unaware of the biblical counterparts.)  Do these people actually read the Bible, or just selected verses??

He doesn’t read beyond the attacks either – I did confess exactly what he and Pastor X claim I didn’t and didn’t spend enough time on my website to notice whether I am Catholic or Adventist.  (Although the clear giveaway is right next to the icon he managed to see.)

My message to anti-Catholics: Leave aside your objections to Catholic theology for a moment, and try to understand what Catholics actually believe.  Otherwise you’re just arguing against something we don’t believe, and we remain unconvinced.  That is what happens with 99% of the fundamentalist attempts to “witness” to Catholics.  SermonAudio is a prime example.