Pope Sylvester I – who changed the Sabbath?

Pope John Paul I to Pinocchio 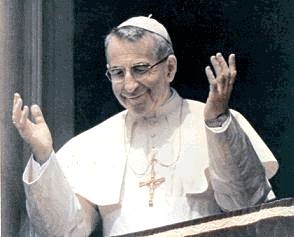 Albino Luciani, later to become the Smiling Pope, HH Pope John Paul I, 263rd Successor of St Peter, pope from 26 August to 28 September 1978, wrote several letters to fictional or historical characters.  These were compiled into a book entitled “Illustrissimi” – currently out of print, but I found a second hand copy on Amazon.com.

Really a brilliant read.  Some of the letters, along with other writings of his, are available online.