The baby cured of HIV – my thoughts as a virologist 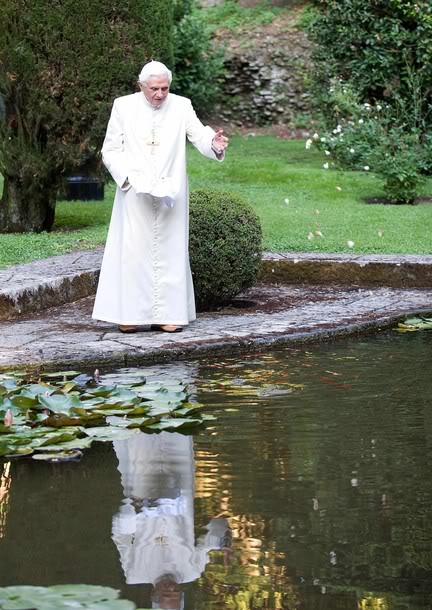 Pope Benedict also likes cats. Apparently Pope Paul VI had to be persuaded not to eat the frogs in this pond.

A children’s book that details the relationship between Pope Benedict XVI and his fish pond has been described as a window into his soul. … “The Mystery of the Little Pond” tells the story of a young goldfish and his fondness for “the man in white” who feeds him bread during the summer months when Benedict stays at his summer residence of Castel Gandolfo near Rome.

Book by Natalia Tsarkova, only in Italian, not on Amazon or any other place I looked.