Paul was writing to Gentile Christians who had converted from paganism and adopted a strict Jewish way of life – going from one pointless extreme to another. They were keeping Jewish law strictly, so the days they kept were not pagan holy days. If we read the preceding chapters, we will see that Paul is talking here of the same ritualistic trappings, only this time in Judaism. He mentions circumcision in chapter 2 and he mentions the observance of days in chapter 4. The Gentiles had fallen for the heresy preached by the pro-circumcision party, which included the observance of the Old Covenant holy days – see Gal 2. They had previously been slaves to a similar mentality under their pagan beliefs – obsession with ritualistic observance of days. Paul comments on this in verse 8, and then comments on their newly acquired bondage to elements of Judaism such as he mentions in verse 10 – days, months, seasons, years.

END_OF_DOCUMENT_TOKEN_TO_BE_REPLACED

The important phrase is “Let every man be fully persuaded in his own mind.” If Christians were expected to observe the Sabbath, Paul would be encouraging them to keep the Sabbath, trying to convince them of a certain point of view, not giving them freedom to do what they feel is right. He would not say that both those who ate meat and those who did not eat meat both gave thanks to God, right alongside saying those who keep the day honour God by doing so, and those who don’t also honour God by not doing so, if the Sabbath were indeed as important as Adventists claim it is.

END_OF_DOCUMENT_TOKEN_TO_BE_REPLACED

Paul starts by mentioning that the law is nailed to the cross, and he goes on to mention a few laws as examples. One law that he mentions is the Sabbath. Sabbatarians try to argue that this word does not mean the 7th day Sabbath in this context. That argument is unscriptural and illogical for two main reasons.

END_OF_DOCUMENT_TOKEN_TO_BE_REPLACED

Some Adventists try to avoid accepting that Jesus appeared on the Sunday of his resurrection, and the Sunday after that. But Luke 24:29 is pretty explicit that this was STILL Sunday. Look at the wording. In my RSV, it says that “it is TOWARD evening and the day is far spent.” This says that the day is NEARLY over, but still the same day … not yet Monday, sunset has not yet passed. This is a desperate attempt to defuse the evidence by destroying ANY Sunday visits by Jesus. But the Bible again proves the Adventist position wrong.

END_OF_DOCUMENT_TOKEN_TO_BE_REPLACED

John 7 – circumcision on the Sabbath

END_OF_DOCUMENT_TOKEN_TO_BE_REPLACED

Luke 4 – did Jesus set an example of Sabbath keeping for us?

Any Sabbath observance that Jesus did would have to explained to people who did not keep the Sabbath and who were unfamiliar with it. And therefore, when we see that Jesus’ Sabbath visit to the synagogue was actually explained, we need to ask WHY it needed to be explained. And, if we look at what the Bible and history show about first century Gentile Christians, we see that Luke needed to explain Jesus’ Sabbath customs because the Christian Gentiles were not familiar with the Sabbath at all. So, surprise! The text used to prove that Jesus went to the synagogue on the Sabbath, actually helps prove that Christians do NOT need to do that!!!

END_OF_DOCUMENT_TOKEN_TO_BE_REPLACED

An Adventist who takes comfort in the deaths of Christians

Here is a lovely example of the hate mail I get from my website. I think it speaks for itself. If he’d bothered to read my website, he’d notice that I do not call Adventism “satan’s church.” He’s also pretty hung up about his own church’s members being put to death when some imaginary law gets passed. He also didn’t name the “colobian official” and I doubt that this is anything more than just rumour within their community to try to foster paranoia and fear of other Christians. His final remark is really nice. Let this be a lesson to Adventists and non-Adventists out there.

END_OF_DOCUMENT_TOKEN_TO_BE_REPLACED

The Sabbath and the 8th day

The Sabbath command is the only one of the Ten Commandments which can be altered in any way, because only it is a part of the ceremonial law. This is taught by the Roman Catechism issued after the Council of Trent: “The other commandments of the Decalogue are precepts of the natural law, obligatory at all times [and for all people] and unalterable. Hence, after the abrogation of the Law of Moses, all the Commandments contained in the two tables are observed by Christians, not indeed because their observance is commanded by Moses, but because they are in conformity with nature which dictates obedience to them

END_OF_DOCUMENT_TOKEN_TO_BE_REPLACED

Acts 15 – do Christians keep the Sabbath in Acts?

The decision of the Apostles was that the Old Covenant laws did not apply to Christians except for “meats offered to idols, and from blood, and from things strangled, and from fornication.” No mention of the Sabbath. This is a far stronger argument than Adventism’s argument from silence. This is a list if things that Gentile Christians were told to do. If they had to keep the Sabbath, then it would have to have been included in this list. It was not included. That says a lot.

END_OF_DOCUMENT_TOKEN_TO_BE_REPLACED 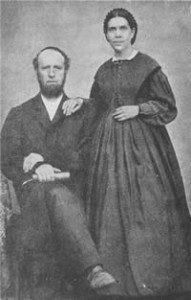 I know people who, because of a few comments in Ellen White’s book The Great Controversy, have a great fondness for the Albigensians (or Cathars), who were also considered heretics. Many were killed for their faith. These Cathars were very different from the Waldensians. They believed that Jesus was an angel, denied Jesus was really a man who died and was resurrected, and believed the Old Testament came from Satan. They discouraged marriage. They were in their day what David Koresh’s Branch Davidians are in ours. Were they heretics or martyrs? Could they be both?

END_OF_DOCUMENT_TOKEN_TO_BE_REPLACED

Acts 13 – do Christians keep the Sabbath in Acts?

Yes, Acts 13 is referring to a Sabbath service, but look where the service is! Is this a Christian service, organised by Christians, for Christian worship? Or is this a Jewish service, organised by Jews, for the usual synagogue service that had been going on in the synagogues for decades prior to Christ’s lifetime? … Where does Acts 13 use the word “worship” in relation to the actions of Paul? Nowhere – not one of the words used indicates worship by Paul. The text of Acts 13 itself demonstrates that Paul is NOT observing the Sabbath. The assumption that his presence in the synagogues on the Sabbath means his observance of it as a holy day is a mistake Sabbatarians make because they want to find texts where the Apostles keep the Sabbath. In fact, there are NO such texts in the entire Bible!

END_OF_DOCUMENT_TOKEN_TO_BE_REPLACED

Acts 1 – do Christians keep the Sabbath in Acts?

Many Adventists continue the principle of the Pharisees that dictates how far one may walk on the sabbath before one is considered to have “worked.” Apart from places where the term “sabbath day’s journey” is used, they have no support for this in the Bible.

END_OF_DOCUMENT_TOKEN_TO_BE_REPLACED

1 Cor 16:2 is quite good evidence for regular Sunday observance. It shows that every week – regularly, weekly – on a certain day, the people collected money for mission work done by Paul. This day was the first day of the week. The passage does not directly state that there are worship services on the first day of the week, but one can deduce from the context that this had to be so. The money was brought together weekly to one place – when else but the weekly day of worship? What better day to collect such donations than the day on which the Christians came together as a group? If they kept the Sabbath, then this would have been the Sabbath. But it was Sunday Paul chose, which indicates that Sunday was an easier day to collect things into one place than the Sabbath was.

END_OF_DOCUMENT_TOKEN_TO_BE_REPLACED

From time to time I get some vicious remarks from Adventists who don’t want to discuss the Bible, but feel they should take the opportunity to insult those of us who do take it seriously. Here are a few of the best, along with some statements that, without being nasty, demonstrate the real nature of Adventist anti-Catholicism.

END_OF_DOCUMENT_TOKEN_TO_BE_REPLACED

Pray ye that your flight be not in the winter, neither on the sabbath day?

END_OF_DOCUMENT_TOKEN_TO_BE_REPLACED

Dr Frank Steyn, PhD, sociologist, and previously SDA pastor in the Columbia Union within the Ohio Conference. I receive several items of hate mail at times from Adventists who simply cannot stomach what my website has to say. They accuse me of all sorts of things, but few of them ever actually quote the Bible for me, and usually they just rant on with anti-Catholic propaganda that has no basis in history or rational thinking.

END_OF_DOCUMENT_TOKEN_TO_BE_REPLACED

I have posted 3 e-mails here, from a Dr Frank Steyn. Note that all he was willing to do was insult. No response with reasoned arguments from the Bible or other sources. At present he has started debating, but does not stick to one topic or discuss one concept in full, and after each reply I send, he changes to a new topic. Topic hopping and verse hopping are common among Adventists and Jehovah’s Witnesses and others whose doctrines are not firmly based on the Bible.

END_OF_DOCUMENT_TOKEN_TO_BE_REPLACED 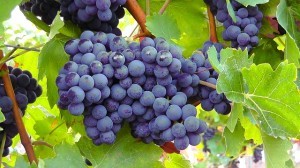 END_OF_DOCUMENT_TOKEN_TO_BE_REPLACED

Another SDA, Pam, attacks the truth but refuses to discuss the Bible

Why is this the case? Pam H, and all other Adventists who are so willing to attack Catholicism backed up only by myths and propaganda they hear in anti-Catholic sermons and read in grossly inaccurate tracts passed out on street corners – why are you willing to insult, ridicule, and slander something and then refuse to engage in any form of mature discussion when your views are questioned?