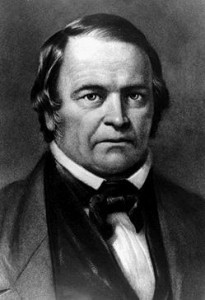 “He was indeed rightly called Father Miller, for he had a watchful care over those who came under his ministrations, was affectionate in his manner, of genial and tender heart.”
– Ellen White – Life Sketches of James White and Ellen G. White 1880, page 149

“He was indeed rightly called Father Miller, for he had a watchful care over those who came under his ministrations, was affectionate in his manner, of a genial disposition and tender heart.”
– Ellen White – Testimonies for the Church, vol. 1, page 22

“As Father Miller made a practical application of Scripture truth to the hearts of his hearers … ”
– Ellen White – Christ Triumphant, page 337

Adventists and others accuse Catholics of disobeying Jesus by calling our priests “Father”.

There is plenty of biblical evidence to show that it is quite okay to do call them that.

But the interesting thing is that Ellen White referred to William Miller, the founder of the Millerite movement that started Adventism, as “Father Miller“, and gives one of the Catholic reasons for doing so (cf 1 Cor 4:15).

That pretty much makes hypocrites of Adventists who accuse Catholics of being unscriptural. They consider Ellen White to be inspired, and her writings are used as a lens through which to interpret the Bible.