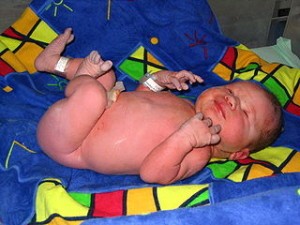 I’m not going to join the abortion debate much … it’s just a sick practice.

A few quotes from “Gambling with abortion“, a well-rounded look at the issue (emphasis mine):

“And when you begin the evacuation, is the fetus ever alive?”
“Yes,” Paul said.
“How do you know that?” Gartner asked.
“Because I do many of my procedures, especially at sixteen weeks, under ultrasound guidance, so I will see a heartbeat,” Paul said.

There was the argument that the fetus is always dead by the time the doctor begins extracting, its demise ensured either by the preparatory steps or by the anesthesia administered to the woman—not only wrong, as it turned out, but a tidy segue into a congressional hearing called “Effects of Anesthesia During a Partial-Birth Abortion,” in which one of the witnesses was a nurse who testified that she had watched Haskell put scissors into the head of a twenty-six-week Down syndrome fetus while “the baby’s little fingers were clasping and unclasping, and his feet were kicking.”

The following comment [dead link] gives a good analogy, though:

If a woman feels she must have an abortion I would truly hope it would be carried out in the most humane and kind way. A vet would never put a beloved pet down in such a way. Why is it okay to treat an unborn baby in such a barbaric fashion?

Some women treat their dogs better than their own unwanted litters.