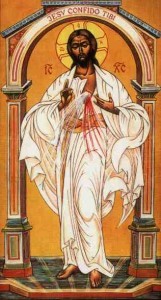 Another e-mail that raises as very interesting point.

I was raised Seventhday Adventist. Im not going to rant at you for being Catholic. I want to apologize for all those hate-filled things people said. Im embarraseed when people who claim to be religious act like that. I actually don’t believe in organized religion any more, but I still respect people of faith all faiths, from muslims, to catholics and advetists. I also have a lagitimate question. none of the Pasters I have asked have a coherant answer for a question I’ve been pondering. Here goes; If the Catholic church has apostatised from its true Christian origins. Where does that put the Greek Orthodox Church. I mean they arent even mentioned in the Great Controversy in the chapters where the catholic church is busy apostatizing. I know that there was a disagreement between the Patriarch of Constantinople and Rome’s Pope at the time and they “excomunicated”each other. which I find extreamly weird and kinda humorus, and efectively split the church. but why do protestants completly ignore that Church and claim Catholics are “EVIL”

That is a very good point.  The Orthodox share with Catholicism most of the teachings that Catholicism and Protestantism disagree on.  Mary, her sinlessness, her body taken up into heaven, the Eucharist being literally the physical body and blood of Christ, asking saints in heaven to pray for us, Apostolic succession, the liturgical expression of our faith, 46 books in the Old Testament instead of the Protestant 39 (actually, some Orthodox have more.)  And so it goes on.  On issues such as Mary and Purgatory, they tend to share the same beliefs, but express them in very different ways.  But there is common ground nonetheless – in areas where there is little or none with Protestantism.

Especially for Adventism, Sunday observance was held by both Eastern and Western Christians prior to the division between Rome and Constantinople in 1054 AD.  If Adventists claim that the pope invented Sunday observance (never mind that they cannot point to the particular pope that did it, or even agree amongst themselves on the century in which this occurred), then they have to acknowledge that the Eastern Christians were just as responsible.  And they should have the guts to say that the beliefs of those churches are just as much an abomination.

The reason anti-Catholics tend to focus on the Catholic Church is that they live largely in the West.  They don’t know much about Orthodoxy.  I’ve had several Adventists and other Protestants tell me that the Coptic Christians of Egypt are their spiritual brethren, and preached the Gospel, as they do today, long before Catholicism corrupted it.  They obviously haven’t a clue about what the Coptic Orthodox believe (and the Coptic Christian Church, which is in full communion with the Catholic Church under the Pope) – they probably just heard or read that they are an ancient church that continues many ancient Christian customs.

With the Catholic Church being more prominent in the West, that is their focus.  The Protestant theological world view is based on Western thinking, which means, in turn, it thinks like Catholicism, and can identify with Catholicism.  The Eastern Christians approach God with a very different way of thinking that is hard for Westerners – Catholic or Protestant – to understand.  So why attack a church that exists somewhere where they can’t see it, and says things they don’t understand, when there are plenty of papists to keep them busy?